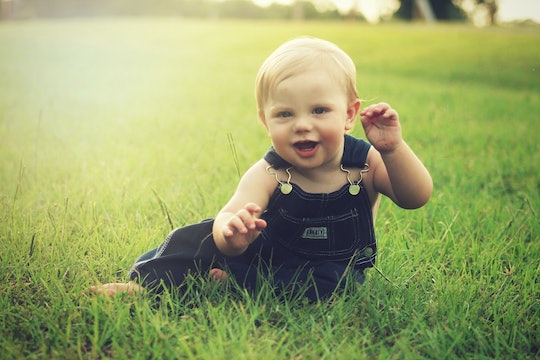 Most parent wants their baby to grow up and behave like a perfect little angel at all times. But even the sweetest, most even tempered kids will act out at some point. You can't avoid it altogether, and the sooner you accept that, the easier things will. There are, however, several things you do every day that'll make your baby more well-behaved later in life, while making your own life a little less stressful in the meantime.

You may think you don't need to worry about discipline until your little one is old enough to walk and talk, but even younger babies can have a bit of a naughty streak. Just ask any mom who's screamed out in pain after their baby decided to chomping down on a nipple during breastfeeding, or who's scrubbed a bowl of baby food off the floor after someone decided they'd rather fling it than eat it. Taking the time to correct not so pleasant behaviors in the beginning may save you a lot of time and frustration later on down the line.

Here are nine things you're probably already doing that will have a positive impact on your baby's behavior as they get older.