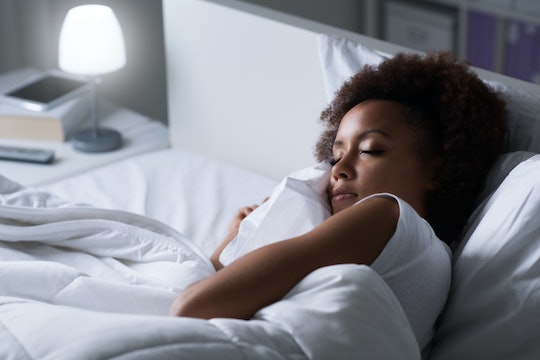 9 Things You Shouldn't Do To Fall Asleep

Getting a full night's sleep has to be one of the most elusive achievements in life. Giving first place a run for its money is being able to wake up the following morning feeling rested. I'd bet solid money that most people would do almost anything to easily slip into a solid slumber. However, there are actually quite a few things you should never do to get yourself to sleep no matter how desperate you are to drift off to the dream world.

For the times when your playlist of calming ocean waves and outdoor nature sounds simply aren't doing the trick, it can be downright infuriating to chase after sleep that just doesn't seem to come. That's why it can be incredibly tempting to try any remedy for rest that you might find while perusing the internet in the wee hours of the morning. Rather than rolling the dice on what will or won't help you get to bed faster and easier, you might want to make sure you're not sabotaging your own slumber schedule. So check out some of these things you should never do to get yourself to fall asleep and you'll be catch some sleep in no time.

More Like This
What To Do If Your Toddler Keeps Taking Off Their Diaper At Night
Even If Your Baby Sleeps Better in Your Bed, It’s Still Not Recommended
When Does A Baby Recognize Their Father? A Pediatrician Explains
A Parent’s Guide To Stomach Pain In Kids
What Parents Are Talking About — Delivered Straight To Your Inbox