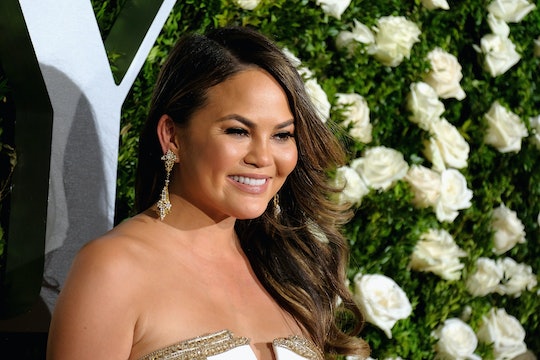 Chrissy Teigen knows a thing or two about being mom-shamed and it must be frustrating for her. The model and mom of one (soon to be two) has no qualms about opening up and sharing her life with her followers. Because she is so honest, she tends to get shame for it. But the great thing about Teigen's personality is how blunt she can be and these times that Chrissy Teigen clapped back at mom-shamers shows that nothing will get her down.

Teigen is mom to daughter Luna, with husband singer John Legend. All of Teigen's tweets have one thing in common — she is defending herself from people every single time. Being a first time mom is not easy. And when every move you make is put online for people to pick apart, it makes parenting even harder. In August, during an appearance on The TODAY Show, Teigen opened up about her feelings about people criticizing her. Teigen said, according to TODAY:

It gets to me every time. I feel like pregnancy is the time for them to warm you up to the shaming that's about to come because they really go in on you.

It is so sad that Teigen hates these comments. But it is awesome that she can have a sense of humor about it. The following tweets show that Teigen is the queen of clapping back, especially at the mom-shamers.

When She Defended Her Decision To Do IVF

Teigen has been incredibly open about her decision to use IVF, or in vitro fertilization, to help her get pregnant with her daughter, Luna after experiencing fertility issues. In 2016, Teigen told Self that trying to get pregnant naturally took an emotional toll on her and made her believe that she was unhealthy. But with IVF Teigen was able to get pregnant, twice. "We're lucky we live in an age where we can conceive in other ways," Legend told Cosmopolitan in August, according to TODAY. "(IVF) brought us Luna and hopefully it can bring us a few more awesome kids, too," Legend said.

The struggle to get pregnant is not easy for a woman and going through the process of IVF — and not knowing if it will even work — can be just as hard. So it is incredibly frustrating to see people criticizing Teigen's decision to do IVF, and do her part in ending the stigma surrounding it by talking so openly. But she quickly shot those mom-shamers down.

When She Defended Her Language

Just because she is a mom doesn't mean she can't curse. Yes, people went as far to shame the fact that Teigen cursed on her own social media page as a mom. But, as Teigen stated in the Tweet, her daughter isn't on social media, so she can curse and be as bad as she wants. Take that, mom-shamers.

When She Defended Herself For Just Being A Mom

When Teigen shared one photo of her on Instagram, mom-shamers took to the comments to criticize Teigen on just about everything — from the way Luna was dressed to the emotions on Luna's face to Teigen's own wardrobe. They shamed her for just being another person and it was absolutely uncalled for. Teigen masterfully shut down these voices in one go. "Imagine being this miserable," Teigen wrote to the anonymous commenters. "We are fine, thanks."

When She Defended Her Right To Go Out

Two weeks after Teigen gave birth to Luna, she went out to dinner with her husband, getting her first (and likely much needed) break, according to HuffPost. But people were not having that. This was maybe the first time that Teigen was ever forced to clap back at the haters who shamed her parenting style — but she did it with ease. This was only a small taste of what was to come.

When Her Husband Joined In On Clapping Back, Too

Just a few months after Teigen gave birth, Legend even saw how much unfair criticism his wife was receiving — and asked her followers to lighten the load on his wife. "Funny there's no dad-shaming," Legend tweeted. And he is so right. Teigen must have taught him well.

All hail Chrissy Teigen, queen of the mommy-shaming clap back.

More Like This
Chrissy Teigen Gives a Cheeky Behind The Scenes Peek Into Her Pregnancy Glam Squad
Chrissy Teigen Reveals She’s Pregnant, Expecting Again With Husband John Legend
Pregnant Chrissy Teigen Cracked A Joke About Trump As She Shared A New Ultrasound Photo
Nebraska Authorities Used Teen’s Facebook DMs To Charge Her & Her Mom In An Abortion Case