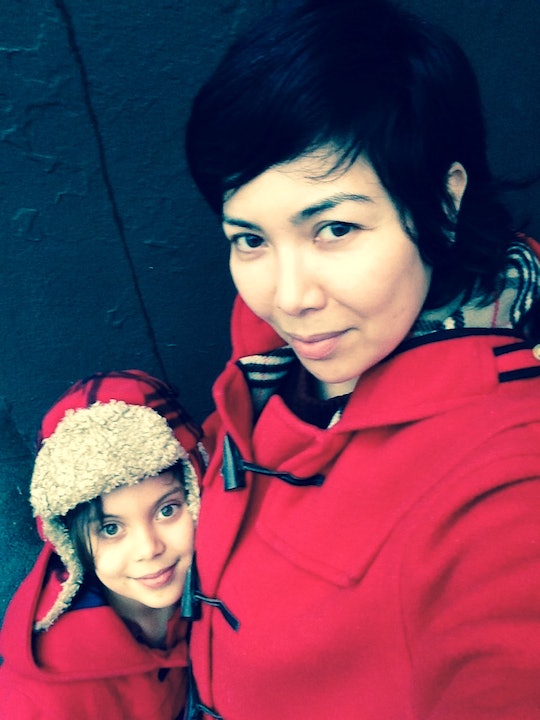 9 Tips To Talk To Your Child About Body Image

Just as you teach your children values about sharing or self-care, it's never to early to instill messages about body positivity. Recently, Parents published an article about how valuable it is to talk to your child about body image. But what do you say? And when do you start talking to your kids about bodies?

I spoke to Judith C. Kuppersmith, a New York-based psychologist, for her guidance about when and how to start this important dialogue. She explains the body image awareness begins before babies are even verbal, noting that "the psychological birth of the infant begins at around three months when infants begin to experience their bodies as separate from their caregivers." Kuppersmith also suggests that the relationship between touch and talk equally contributes to the body image of children. Scholastic's Early Childhood Today guide to ages and stages of body awareness confirms that newborns have an "emerging, unconscious 'body sense' [that helps them] orient" themselves in the world.

So, as a parent, you should realize that you're dealing with body image development from an early age. Having struggled with body image myself, I interviewed several moms for their advice on explaining body image to children. Because knowing how to communicate healthy messages about bodies to children is an important skill to have in your parenting kit.