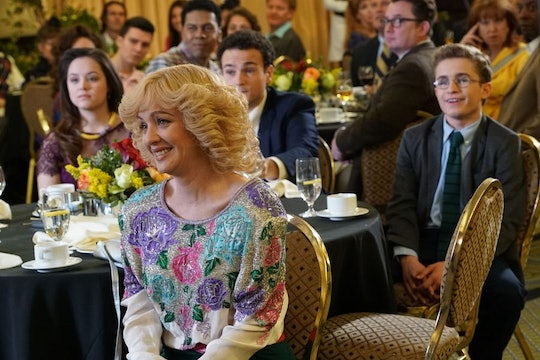 9 TV Episodes To Watch With Your Mom On Mother's Day

Mother's Day is the time to sleep in, be adorned with adorable and weird homemade gifts by your kids, and also get the chance to appreciate your own mom. So why shouldn't TV be included in that, since binging and bonding over it is pretty much the new norm? Among all of the mom-themed episodes of some of the best shows out there, these TV episodes to watch with your mom on Mother's Day are probably some of the most memorable, heartfelt, and just plain funny small screen moments out there.

My own mom was big on TV, so much so that she kept a notebook each season of Big Brother and Survivor to keep track of the contestants and follow it along the way. So I totally get the value in bonding over TV with your mom and Mother's Day is the perfect opportunity to do just that. Whether you prefer drama, comedy, or something in-between that only TV can properly provide, these TV episodes to watch with your mom on Mother's Day are there for your viewing pleasure. So grab your mom (or kids!), a new box of tissues, and whatever sweet and salty snacks you need, because one of the best parts about binging a bunch of TV episodes is obviously the snacks.

During this Season 2 episode, Gloria and Claire of all pairings go on a hike while Phil and Jay have to stay back to make the Mother’s Day dinner. Meanwhile, Cameron isn’t too excited about being labeled the mom of the family himself. Of course, the episode ends with each family within the larger family coming together to celebrate Mother’s Day and being there for each other.

I don’t know about you, but ever since I became a mom myself, things like this bring out tears I didn’t even know I had, so this is a legit episode to watch with your mom or your kids on Mother’s Day.

2. One Tree Hill: "All of a Sudden I Miss Everyone"

If you’ve ever watched an episode of One Tree Hill, then you know how emotional it can get. But the Season 4 finale where Haley gives birth after going into labor during their graduation ceremony is full of the emotion the show is known for.

During her valedictorian speech, Haley suddenly goes into TV labor (you know, the dramatics) and her husband Nathan rushes to the stage to help her down. On their way to the hospital and through labor, Live’s song “Lightning Crashes” plays in true One Tree Hill fashion and it’s emotional and beautiful and all things OTH.

Honestly, you can pick almost any Gilmore Girls episode to watch with your mom or your kid and find some common ground, but for me, I’ll always remember this particular episode where there's not only the mother-daughter dynamic going on between Rory and Lorelai, but also between Lorelai and her own mother, Emily.

After Rory falls asleep after her dance date with Dean and fails to come home, Emily is basically all over Lorelai, worrying her more than she already had been and insisting that Rory will end up pregnant just as Lorelai had at around the same age. Maybe now you can relate to the mom side, or you’re still feeling for Rory on the whole accident of it all. Either way, this one’s golden.

I feel like every time I watch The Goldbergs, I end up crying or at least choked up. It’s that damn smother mother played brilliantly by Wendi McLendon-Covey. Anyway, naturally the episode to watch with your mom on Mother’s Day is the Season 3 episode "Smother’s Day."

This time around, Beverly is adamant about gaining the love of her two oldest, who at first have no interest in doing anything for her, even on Mother’s Day. In the end, they cook an unsuccessful breakfast for her that results in lots of emotions and makes you remember every awful thing you did to your own mother as a teenager.

Remember that one Parenthood episode that made you cry? Oh, what’s that? Every single episode turned you into a blubbering mess? Yeah, same here. But watching Sarah’s relationship with Amber over the years was pretty amazing and this episode was kind of the leaping off point for their relationship to really become something special.

Amber is on a self-destructive course after sleeping with Haddie's boyfriend, and Sarah talks her down at the end of it all. It makes you think about how you might have been as a teenager with your mom, sure, but it also gives your own kid something to think about with you.

In the episode, a Mother’s Day fair is organized at Litchfield and as sad and dreary as the show usually is, it gives the inmates who are mothers a chance to spend real time with their children, in a semi-normal capacity. Obviously, this isn't one to watch with your toddler, but it’s definitely an emotional one that all grown ups can enjoy.

The Office is always good for a rewatch. Personally, I’ve been through the entire series at least three times thanks to Netflix. But the Season 6 episode "The Delivery Part 2," about Pam’s struggles with breastfeeding her and Jim’s new baby CeCe, is full of the humor and heartfelt moments that make The Office what it is. Being a mom can make you understand your own mom so much more and now that you’re a full-fledged adult, you can watch episodes like this and have a mutual understanding.

For some, the series finale of Girls was relatively anticlimactic, but in reality, it was about Hannah doing away with her own selfish ways and becoming a strong new mom. This also tackles breastfeeding woes many new moms face, making it a relatable and a must-see in honor of all moms.

On the Mother’s Day episode of 30 Rock, it’s also the Mother’s Day special on TGS, meaning that almost all of the main characters’ moms are there to shake things up and meddle in their adult children’s lives. Who can’t relate to that, right? But any reason to have Colleen Donaghy on the show always makes for an entertaining episode.

Whether you’re a parent or just want to reconnect with your own mom on Mother’s Day, it’s more socially acceptable than ever to use TV to do it and who are we to argue?