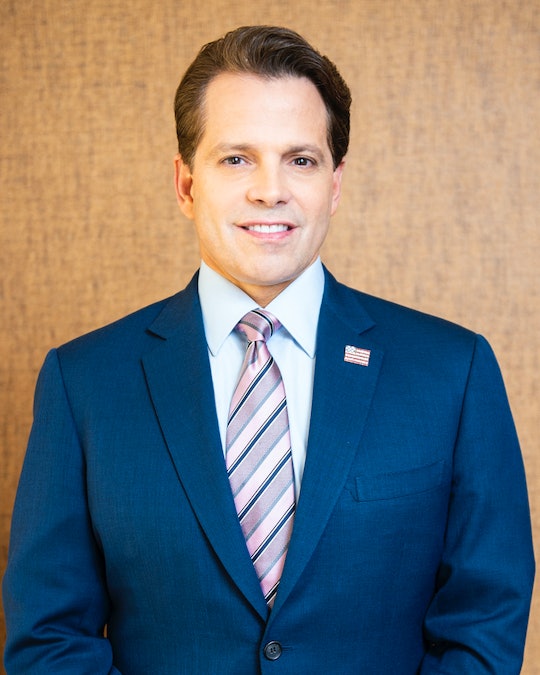 These Tweets About Anthony Scaramucci On 'Celebrity Big Brother' Are Hilarious

The cast of Season 2 of Celebrity Big Brother has been announced, and while there are a lot of names on the list, most of which will spark at least a hint of a memory in your brain, few are causing as much of a stir as Anthony Scaramucci. The former member of the Trump White House administration is following in Omarosa’s footsteps, and you’re going to want to check out these tweets about Anthony Scaramucci on Celebrity Big Brother, because they are pretty hilarious.

The man who broke the record for the shortest stint as Communications Director is also known for his investment management company, SkyBridge. He’s back with the firm after leaving following a fiasco involving the Chinese government, but he’s clearly looking to diversify his portfolio. He got a taste for political commentary, and he’s not slowing down.

Not that he’ll be leaking any national secrets on TV (at least I’m assuming that won’t be the case), but many are fond of the idea of rounding up Scaramucci and the rest of the former and current Trump administration for their sort of own reality show. I can see this being a very volatile season of Big Brother indeed.

Here’s another joke about prison and the White House. There are a lot of those floating around.

So things obviously aren’t going super well for the Mooch in the career department. Despite his podcast (Mooch and the Mrs.), regular chats with news correspondents, and being reinstated at SkyBridge, Scaramucci might be grasping at straws in terms of maintaining his fame.

If you go way back in your memory to 2017, during Scaramucci’s brief stint in the White House, you may recall that the joke about his short tenure evolved into the defining of “a Scaramucci” as a 6-10 day period of time, or something like that. Regardless, “a Scaramucci” means something happened really, really fast, and now, people are wondering if his time in the Celebrity Big Brother house will surpass that of his time at the one on Pennsylvania Avenue — not that that would be difficult to achieve.

The Mooch has earned a reputation for his, shall we say, very distinctive Long Island vibe. So I guess I can see where this likeness would come in:

Others have a more distinct character in mind.

Jokes about his appearance aside, I can see the resemblance to a young Brian Thompson. But I can’t see Scaramucci being quite that brave when Dina Lohan steps to him.

Speaking of Lohan, there’s already a push to get the two of them together. Honestly, I can’t see Scaramucci ruining his reputation that much, since he’s seen as a happily married man. But hey, what do I know?

If not to hook up, what are his motivations? This is certainly one intriguing possibility:

There's a perfect (yet scary) symmetry to it all.

I think that sums things up pretty nicely. Who knows how Mooch's tenure on Big Brother will end — but I would bet good money it will be entertaining.