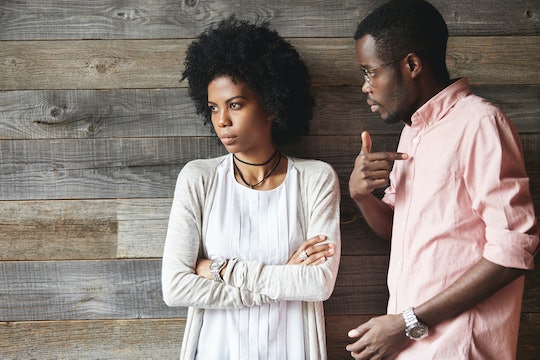 9 Types Of Comments That Make Disagreements Turn Into Fights

Relationships aren't all happy and sweet moments all the time, as you likely already know. Sometimes there are disagreements, sometimes there's out-right fighting, or sometimes you say or do things that you later regret. You're human and imperfect, so it's only natural that sometimes, well, sometimes your relationship doesn't fit that happily-ever-after fairytale kind of narrative. Since you're not going to always agree, knowing how to handle those disagreements whenever they arise is an important life skill. The types of comments that make disagreements turn into fights in relationships are things that, of course, you'll likely want to avoid as much as possible so as to prevent things from getting worse. But it can also be useful to understand why they're bad and what they might be making your partner think so that, if you do accidentally or intentionally blurt one out during an argument, you can understand both why it made things worse as well as what, exactly, you might want to apologize for.

While you may mean well and have only the best of intentions when you say some of what you say in the midst of an argument or disagreement, it doesn't always come off that way to someone else. Disagreeing — and even fighting — is part of any realistic (and even healthy) relationship, so knowing how to do so without making your partner feel insignificant, unimportant, or otherwise disregarded is an important skill to have.