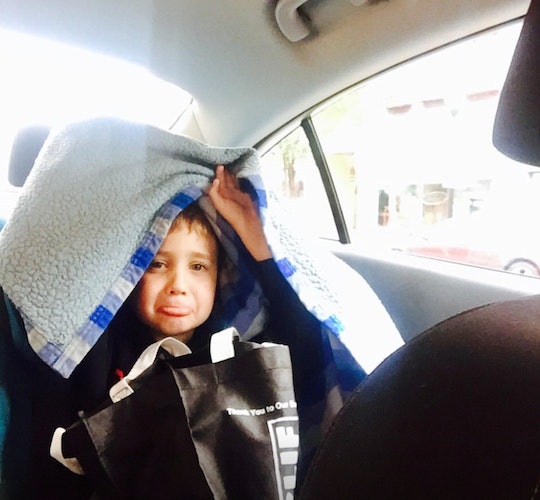 The toddler years separate the strong from the weak. After barely surviving the brutality that was my daughter's toddler years, I had to do it again when my son reached this stage. My two kids are wildly different and, yet, so similar in how destructive each can be when they set their minds to it — including the creative, albeit frustrating, ways my kids' toddler years almost broke my marriage. Now, let me preface by saying neither child knew how awful their behavior was at the time, or the negative impact that behavior had on my relationship with my husband. Because, obviously, they're kids.

My daughter's "terrible twos" came on abruptly near the tail end of her toddler years. She wasn't 2 years old, even, but closer to 4. We thought we were in the clear, and then BOOM. Her tantrums were a regular occurrence that only seemed to increase in frequency and duration, until ultimately settling into a daily dose of snark and pre-teen backtalk. Lucky me.

Once the "worst" was over, I had my darling son. He's a rainbow baby that's been the sweetest, most thoughtful boy throughout most of his days. In the last couple years, however, he's developed a knack for ruining a perfect day with an out-of-nowhere fit. Even as I type this, he has flopped his small frame onto the floor, declaring how "terrible" his life is. I adore him and all he is, but this kid (hell, both of my kids) have put a strain on my patience and my marriage too many times to count. The following are just a few ways the toddler years tested my partner and I as parents, and as a couple. Thankfully, in the end, those years also made us stronger.

More Like This
12 Helpful Tips For Hiking With Kids
Sex And Mom Guilt: When I Date Someone New, Am I Cheating On My Kids?
Reddit Applauds Mom Of Five Who Stood Her Ground & Left Sleeping Dad Behind
6 Mindfulness Activities For Kids