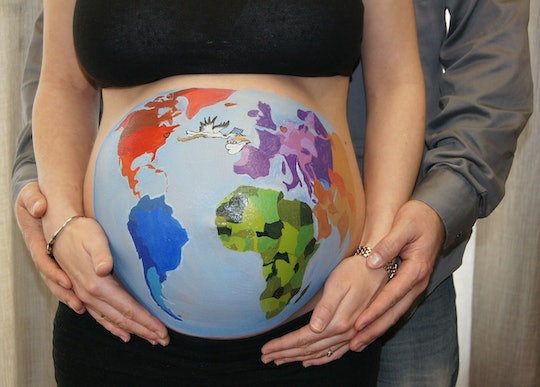 The most interesting part of pregnancy, to me, is the fascination that surrounds the discovery of the baby's sex. When I was expecting, I worked at a restaurant where so many customers told me they just knew I was having a boy or a girl based on some seemingly random old wives' tale. Many people told me that since I was carrying my baby low, I was going to have a boy (and, it turns out, they were right). So I began to wonder, what are some other ways people around the world guess the sex of the baby?

Obviously some superstitions and myths stick around because each prediction has a 50 percent chance of being accurate. But that doesn't stop people from engaging in the traditional pastime of wagering bets or making guesses as to whether or not the mother is carrying a boy or a girl. Sometimes you can't even rely on an ultrasound to determine the sex. A friend of mine, much to her surprise, found out she gave birth to a boy when sonograms had indicated a girl instead.

So if you're a little curious, too, check out some of the interesting ways other cultures around the world guess the sex of the baby.