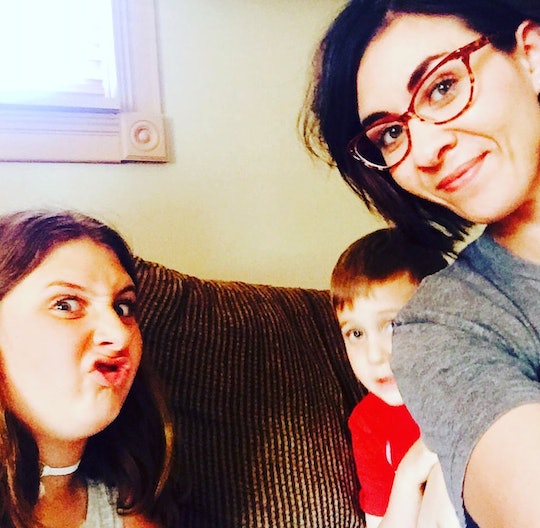 9 Ways To Find Yourself After You Have Kids

At just 22, I was fresh out of a failed marriage to my high school sweetheart and, in an attempt to figure out what I wanted from life and who I was without that life partner, ventured down questionable paths in hopes of stumbling onto the answers I desperately needed. It was a necessary journey that ultimately led me to where I am today. Years later, when I became a mother, the same lost feelings crept back into play. I quickly learned that it's not easy searching for ways to find yourself again after you have kids, but if I ever wanted to be a better person, partner, mother, and well, anything, it was of the utmost priority.

Much in the same way I searched for some sort of divine healing after that divorce, I experienced grieving period after pregnancy. Unlike my previous period of self discovery, when I'd moved on from that relationship and into the one with the father of my children, having those babies took pieces of me I didn't initially know how to get back. Both full-term pregnancies drained me (as well as the miscarriages I experienced in between), so by the time I could check the "mom of two kids" box, there wasn't much left of me. I'd given up so much to be a mother, I didn't know where my babies lives ended and mine began.

Becoming a mom doesn't have to mean the end of us, moms. Our lives don't need to revolve around our children while we simultaneously neglect our own desires. What motherhood's taught me over the years is that in order to be what my kids need, I have to do whatever's possible to be whole, first. With that, here's some of the ways to find yourself after kids. It's not as impossible as you might think.