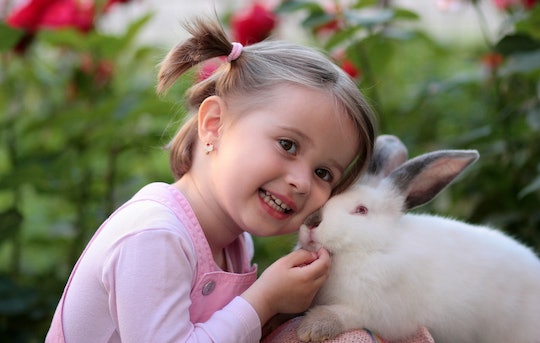 9 Ways To Raise Girls Without The Gender Binary

Raising kids without gender presuppositions and barriers is a hot topic in the parenting world right now. There seems to be a real shift in how parents and caregivers nurture their children's identity. Promoting old gender tropes seems to be a thing of the past, as those that have been disadvantaged and even damaged by them speak out. Having arbitrary expectations and roles placed on a child from birth is pretty heavy stuff. Thankfully, there are some ways to raise girls without the gender binary.

This notion of breaking gender binary is not just politically correct — it has huge implications on a girl's future. A study out of the University of Michigan found that even the most well intentioned parents sometimes have an unconscious or implicit bias towards gender. The most ground breaking, and frankly disappointing, finding in the study found that parents provide more math supportive environments for sons than daughters. One can assume that parents don't purposely hold their daughters back from STEM knowledge or careers, but not offering a girl the space in which to try it out or see if she has an interest could potentially shut her out from ever thinking she should pursue it in the first place.

As you can gather, how a parent treats their daughter goes well beyond painting a nursery yellow instead of pink or blue. (Although if you want to fight against the gender binary, neutral colors are a way to start). Creating a gender free environment for girls involves rejecting so called "boy colors" and "girl colors," but it also goes beyond. Here are nine tips for raising a girl without the gender binary.