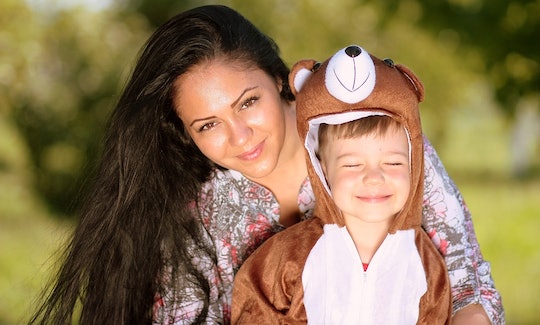 9 Ways To Raise Your Son Without Toxic Masculinity

What does it mean to "be a man"? It depends on who you ask. Over time, the concept of manliness and gender roles have been tied to some strict and binding definitions. Those who dare to break them step into an arena of ridicule, while others struggling to stay within the constraints are broken by them. But there's a new movement on the rise that's been a long time coming — a reconsidering and new conversation about manhood. And if you'd like to raise the next generation of evolved males, there are ways to raise your son without toxic masculinity that benefit everyone.

Just so everyone is on the same page, take a look at how The Good Men Project, a website dedicated to what enlightened masculinity might look like in the 21st century, defined the term: "Toxic masculinity is a narrow and repressive description of manhood, designating manhood as defined by violence, sex, status and aggression." This outdated, troubling, and harmful belief system can cause an onslaught of problems for men as well as society as a whole. As a new conversation emerges, include your sons in the discourse. Incorporate these nine ideas for raising boys without toxic masculinity with your own, so you and your family can be part of the solution.