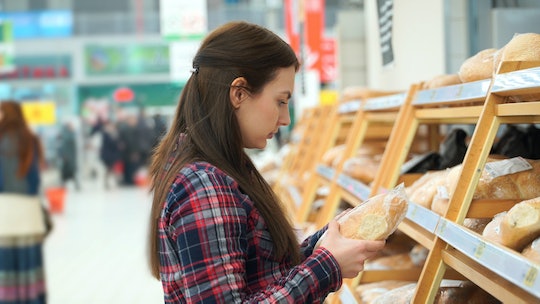 9 Weird Signs You're Eating Too Many Carbs

Keeping your body happy and healthy can take a lot of work. Almost everyone struggles with knowing what, when, and how much to eat, and the conflicting dietary advice can drive you bananas. That said, being on the lookout for weird signs you're eating too many carbs may help you feel better overall.

First, it's helpful to know a little more information about the often-demonized carbohydrates. According to Live Science, carbohydrates are a basic food group made up of the fiber, starch, and sugar found in foods such as fruit, vegetables, and grains. As noted on Kids Health, there are two types of carbs: simple (such as white sugar) and complex (such as bread). Also known as starches, the complex carbohydrates category can further be broken down into refined and unrefined groups, as additionally explained by KidsHealth.

Although there may be room for all types of carbs in most diets, the refined versions can sometimes cause a bunch of strange side effects. Everything from headaches to dizzy spells may point to the consumption of more carbs than your body can process. Read on to recognize these signs, and don't hesitate to reach out to your doctor for advice about any serious health concerns.