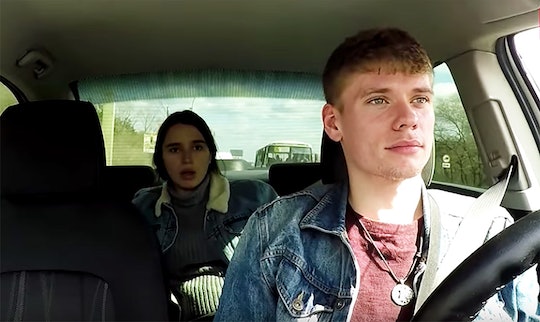 Giving birth can be a stressful time, especially if you don't have a strong support system. But it can be particularly difficult when your partner isn't understanding, something Olga from 90 Day Fiancé realized shortly after she and Steven welcomed their son into the world. As for what fans think about the situation? Most people are upset with how Steven is treating Olga postpartum.

The last time viewers caught up with Steven and Olga, they were in Russia awaiting the birth of their son. Although Olga planned to deliver the baby vaginally, the presiding doctor recommended a c-section due to the larger size of his head. It was an unexpected turn of events, but 20-year-old Olga dealt with it like a champ.

Making matters even better? At the end of the ordeal, Steven and Olga welcomed a healthy baby named Richie into their lives.

But things took a sharp turn left in the hours following Richie's arrival due to a fight about hand washing. Because hygiene is a big deal when you're dealing with a brand new human, obviously.

The fight started when Olga didn't use the word "please" when asking Steven to wash his hands before holding Richie. Talk about a unforgivable offense, right? It's not like Olga just endured an intense labor to deliver the couple's child or anything like that. Sheesh.

Not only did Steven freak out about the incident in the hospital, but he continued the argument in the car, telling Olga that she won't tell him what to do with their son.

“You’re not going to tell me not to touch my son. I don’t care what you think this is going to be," he said, according to People.

He continued: “It’s just the way you say it to me, Olga. ‘Go wash your hands.' My family speaks to me that way and you know it, and do you see how I’m done putting up with them? He needs to grow up with manners.”

Following the tough conversation, fans took to Twitter to criticize Steven for his seemingly insensitive behavior.

"Olga is here raising two kids, telling Steven how to calm down & breathe, after having a C-section in a third world type hospital. #90DayFiance," one fan wrote.

Another person said: "Steven said he has to catch up on his sleep lmaoooo cuz YOU just gave birth and had a C Section right? Boy stfu."

"Steven is really self-centered. He’s made this entire thing about him and what he needs. #90DayFiance," a commenter penned.

Someone else said: "Steven is being so rude to Olga. He needs to treat her like a queen. End of story. #90DayFiance."

Steven took to Instagram to address the backlash, explaining, according to Starcasm:

These days were hard for us. I was actually awake for maybe 40+ hours running around fighting to get inside the delivery room. I was moody from being tired, always having cameras in my face with no privacy to our moment with our son being born. We always end our day on a good note with an I love you and a goodnight kiss.

Olga also clarified the situation, adding in her own post:

This was the happiest moments in our lives. The birth of our son. I remember everything. How Steven massaged my shoulders to make it easier. How he kissed my forehead goodnight every single night, how he bought me a bear and rose for being rude, As he gave me a drink, because my throat was dry. And the moment when I said that he was given to support his son, I will never forget. I looked at Steven, and he changed right before my eyes. He was so happy, the powers of the son.

Then I was transferred to the ward and I fell asleep. When I woke up Steven was near. He helped me get out of bed, move around. Was very gentle. In the evening with the child we spent the night together. We could not stop looking at our baby and could not believe that we are now parents. I remember all these exciting feelings.

It's not clear at this time how Olga and Steven's relationship will work out, but fingers crossed they can get it together for Richie's sake. And hopefully their relationship is as positive as they make it out to be on social media.