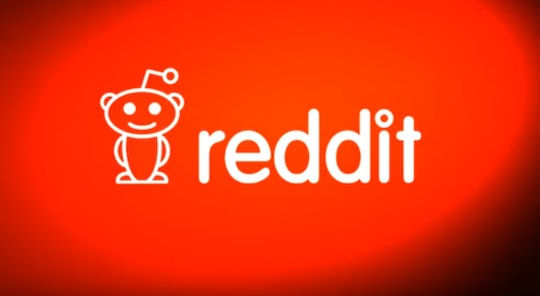 Where do you see yourself in five years? Why do you sleep? What is the meaning of life? These are hefty questions for any adult to ponder, let alone a toddler. But that's exactly what one kid did a week ago for all the internet to see. Last Thursday, a 3-year-old held a reddit AMA and it's the best thing you will read all day.

According to BuzzFeed News, Matthew Clark, a 27-year-old dad from Texas, came across the subreddit, casualiama, and decided to break up the monotony by holding an AMA with his 3-year-old son, Caleb. Why, you ask? Clark told BuzzFeed News that, while he's "pretty simple," he knew his toddler "would have some fun answers."

"Since he acts like he knows it all already, I figured a few people would get a kick out of his answers," added Clark, who goes by MyUnAlteredMind on reddit.

The AMA is one long, humorous exchange. Hundreds of people asked Caleb questions befitting of an adult, but the 3-year-old had answers that were as profound as they were hilarious. If the AMA is any indication, Caleb is a kid who has his priorities in order, as one redditor noted.

Just check out some of Caleb's excellent responses below.

Of course, that's only a sampling of questions Caleb had to answer. Clark told BuzzFeed he didn't expect his son's AMA to "get such a huge response." According to his reddit post, the young father only expected to receive "maybe 20 or so questions;" instead, his reddit AMA amassed more than 900 comments and more than 3,400 points. As of Wednesday, it was upvoted 96 percent.

Although Caleb got a kick out of the questions, he eventually became annoyed, according to the reddit post. Clark had to pull back on the questions because Caleb "gets made" when too many are asked "during his cartoons," he told the casualiama community. Let's be honest, that sounds like every toddler in the world.

The AMA left the Clark family in good spirits, and the rest of the world cracking up. Clark edited his original reddit post a second time to add,

Thank you to whoever gave me gold (my first) and thank you to everyone who replied. I did not expect this impact but I'm so happy that my sons all knowing wisdom could make any of you smile even if just for a moment. And the questions/responses have had both my wife and myself laughing and feeling fuzzy goodness.

If nothing else, Caleb's AMA taught me that I need to loosen up and live in the now. I mean, if I could do anything right now, I would travel abandoned cities across America and record my findings for a book. But maybe I should take a cue from Caleb and "get some juice."