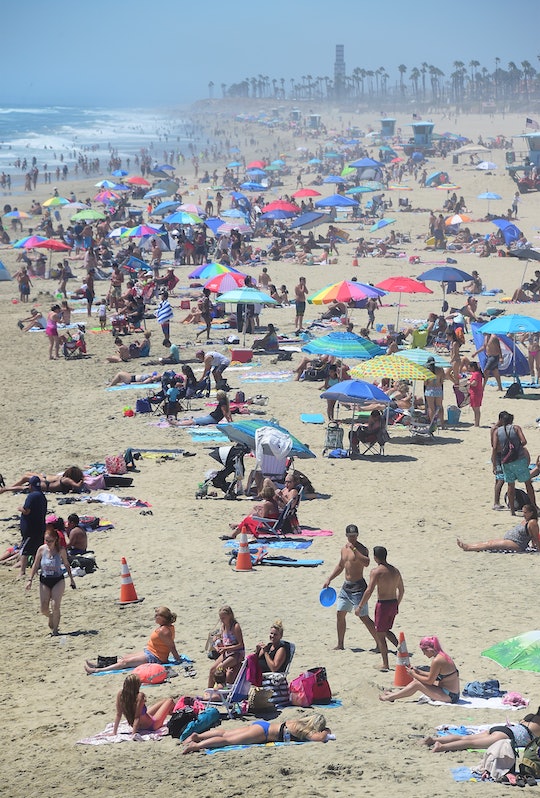 A California Zika Map Illustrates Which Counties Are Most At Risk

While California still hasn't had any cases of locally-acquired Zika infection, its residents aren't quite out of the woods yet. The travel-related infection rate continues to rise, and in a state known to be home to both Aedes aegypti and Aedes albopictus, that's a problem. There's no way to know whether an outbreak will occur, but this California Zika map created by local NPR station KQED shows where one's most likely to happen, based on which counties Aedes aegypti have been found in. The good news is that, in the past 20 years, it's only been found in 14 out of 58 California counties.

California ranks third in the nation for Zika infections, according to Southern California's Press-Enterprise newspaper, but it's important to keep in mind that it's also the most populous state. The state comes in third place based on the total number of infected individuals, not per capita. And KQED noted that just because Aedes aegypti was found in a county doesn't mean it's found throughout the county. For example, in Alameda County, the offending mosquito has only been found in the city of Hayward, meaning that there are an additional 13 cities and six unincorporated areas where Aedes aegypti hasn't been found.

Although California currently has identified 153 cases of Zika infection to date, it's expected to spread less rapidly in U.S. communities compared to Central and South America, due to the fact that air conditioners and window screens are more widely utilized in the States. And although the Orange County Mosquito and Vector Control officials did identify an Aedes albopictus infestation in Mission Viejo, according to the The Orange County Register, the good news is that officials are on top of it. It's better to know about the mosquitoes and have a plan to combat them than not to know at all.

And the innovative ways that California is fighting Aedes aegypti are actually pretty fascinating. Wired has reported that the city of Clovis, in Northern Fresno County, is battling the bug by releasing even more of them. Each week, 40,000 male mosquitoes carrying the Wolbachia bacterium are released in one particular neighborhood, with the goal of 400,000 released by the end of summer. The mosquitoes were specially bred for this purpose: males don't bite, and when they're released into the area and breed with females that don't carry Wolbachia, the resulting eggs never hatch. Given that the insects only have a 10 to 14 day life span, the hope is that it won't take long before the population is eliminated entirely.