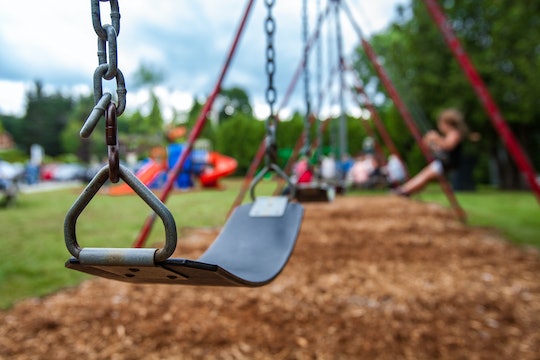 As a parent, one of my greatest fears is that my son would be kidnapped and harmed, and that he would never walked through my door again. It's a macabre thing to think about, but as a journalist, it's a possibility I am often confronted with — day in and day out. That's why I try to come up with ways to minimize his risk, now and in the future. Consider this case, for example: Last week, a code word saved an 11-year-old girl from being kidnapped while walking through the park, and if it wasn't for that preventive measure, the story could've had a much different ending.

Last Thursday, the Pinal County Sheriff's Office shared a case to its Facebook page about a young girl walking with her friend through an a park in San Tan Valley, Arizona the day before, according to HuffPost. A man in a white SUV pulled up next to preteens and urged the girl to get into his vehicle because of there was a family emergency — the typical M.O. of most kidnappers — with her brother. But instead of complying with the driver, the 11-year-old girl asked him to provide a code word that she chose with her parents in case of emergencies like the one he concocted, HuffPost reported.

The would-be kidnapper didn't know the code word, so instead, he drove off, according to Fox 10. The girl was distraught by the situation after being stopped by the man in the white SUV. She then called her mother, and informed her that a man tried to kidnap her, Fox 10 Phoenix reported.

We came up with a code word, and this one time, it saved my daughter’s life. I never thought it would be used, but I’m proud of her for remembering that and knowing to use that.

The would-be kidnapper covered his face with his hand while talking with the 11-year-old girl, according to HuffPost. As of Sunday, the man remained wanted for questioning by local police. The girl described the offender as a white male who possibly in his 40s and with a short beard driving a car similar to a Ford Explorer, HuffPost reported.

Sheriff Mark Lamb of the Pinal County Sheriff's Office said in the statement posted to the department's Facebook page, according to Scary Mommy:

Kudos to the parents of this child for having a code word and talking to their children about stranger danger. We hope by putting this out, it will encourage parents to have that conversation and create a plan with their children, so they know what to do if they are in that situation.

I do think it's necessary to note that not every child is able to adhere to a code word system. It could be because of ability, or because they freeze in fear in the moment. What's most important is that you come up with preventive measures that work for your family, whether that's a code word, a safe word, a trigger sentence, or known meeting spot.

But it's even more important that you remember this: If your child is, Heaven forbid, kidnapped or harmed, it is not your fault — whether or not you had a code word system in place. As a parent, you want to protect your child at all costs, and you try your hardest every day. You are doing the best that you can with the resources that you have. But the world around us can be an awful, awful place.

More Like This
How To Build An After-School Routine That Works For Your Family
Reddit Applauds Mom Of Five Who Stood Her Ground & Left Sleeping Dad Behind
10 Parenting Lessons We’ve Learned From 'Only Murders in the Building'
Yes, You Should Work On Sight Words. No, You Don't Have To Stress Out