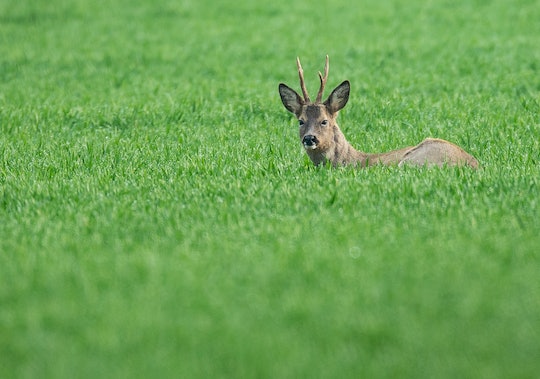 Every parent does things a little differently, and differences are generally something to be celebrated. But sometimes... not so much. Some parents are down with taking their kids hunting, but even the New Zealand Woman Hunters community is not on board with this dad who posted a photo of his daughter eating a deer heart after her first kill, according to BuzzFeed. Johnny Yuile proudly shared the picture of his "little pink ninja princess" taking a bite of the animal's "warm quivering heart" after she shot it on a friend's farm, and the comments blew up.

"No normal kid wants to do something like that," posted one Facebook user. Some speculated that 8-year-old Chloe was "evil" or a "psychopath" for eating the organ, while others figured that her dad forced her to do it. "Good on you for taking her hunting, letting her use a rifle," began one comment. But he disagreed with encouraging the child to eat the organ, saying it "ruined all the good work you've done as a dad and a teacher." Yuile told BuzzFeed that he's been taking his daughter hunting since she was an infant (and he's got the pics to back it up), and said that he was surprised by the negative reaction. Click through to BuzzFeed if you're interested; I'll be posting pleasant deer pictures over here.

Yuile claimed that eating the heart was a tradition, "something some hunters do with the first kill," but provides absolutely nothing to back that up. Even if he does have some Māori heritage, eating the heart of one's enemy has its roots in cannibalism, not shooting a captive deer with a gun. In fact, deer are not native to New Zealand; they were only introduced there about 100 years ago. Is Yuile teaching his daughter to respect her cannibal ancestors, or is this just something his great-grandfather made up? Either way, it's 2016, deer are not anyone's "enemy," and we have stoves now. (Also, if Yulie doesn't have Māori heritage, co-opting the traditions of another culture is just inappropriate.)

Besides the ethical reasons for not making a little girl chow down on the raw organ of a deer (which, whoo boy, I could go on all day), it's clearly just unsafe. According to the National Institutes of Health, the Japanese often consume raw deer meat, and a 2004 epidemiological study found that the practice puts consumers at risk for food-borne transmission of hepatitis E virus. And according to the Illinois Department of Health, raw wild game can carry E.coli, salmonella, brucellosis, tuberculosis, and various parasites. One would think I wouldn't need sources to support the statement "Don't eat raw organs," but here we are. Just... just don't.