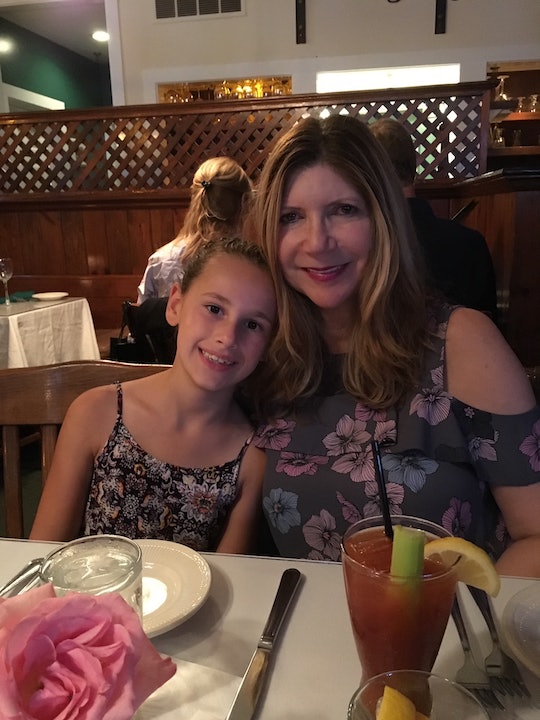 A Fake Uber Driver Tried To Pick Up Me & My Daughter

It was supposed to be an uneventful trip. I was traveling with my 10-year-old daughter from my parent’s home in Maryland back to the hotel we were staying at in Virginia. I had called for an Uber driver using the app on my phone. Because it was a long trip (45 minutes to an hour with traffic), I had ordered a Comfort ride, which means nicer, roomier, safer SUVs. The luxe car that pulled up didn’t disappoint.

With my daughter standing beside me, I did what I’d learned to do since hearing about Samantha Josephson, a 21-year-old senior at the University of South Carolina who got into a car driven by a fake Uber driver and was kidnapped and murdered for her mistake, as the New York Times reported earlier this year.

I looked at the license plate and then checked it against the profile to confirm it matched. I’d taken many Ubers before, and it always matched. This time it didn’t.

Surprised, I checked again. No match. Then the man who had driven up got out of the car (why he did this confused me because we didn’t have luggage).

“Hi. Let’s go,” he said jovially striding over to where I stood with my daughter and mother. As he did this, I saw his visage matched the tiny photo of his scruffy face.

“No, I said. We’re not getting in. Your license plate doesn’t match the license on your profile.” I motioned to my daughter to move farther away next to where my mother was standing.

“I was in a snowstorm and had to make a change,” the man argued with me moving closer. “Get in the car. It’s OK.”

“We’re not getting in. Please cancel the ride,” I said loudly.

He continued to argue with me, as I gathered my family and walked back into the security of the building.

Shaken, my mother told me, “I am so glad you did that. I wouldn’t have known what to do.”

I was so distraught, and the man had been so aggressive, that I needed a few moments to calm down. Then I looked at the app to order another ride. But the driver had not cancelled the ride. He made it look like I was 10 minutes late and he was still waiting for me. I messaged him through the app to cancel the ride. He responded, “Why didn’t you listen to what I had to say.” Then, he made it look like he was just now driving up to the location. After I wrote I would call 911, he finally canceled the ride.

Bolstering my courage, I selected another driver. Another SUV rolled up. I checked the license plate against the profile. A match (whew). Then, I motioned the driver to unroll the window.

What’s my name,” I asked. “You tell me yours, first,” he said. “No. Tell me my name.” “You first.” We were going in circles. Knowing I would soon be in rush-hour traffic, I told him to cancel the ride. He did. With the third Uber I would call on this surreal day, I messaged that I would ask him to say my name before I got in the car. He immediately canceled the ride, and I asked my husband to leave an important business meeting to pick us up.

According to a 2018 Pew Research Center survey, ride-share services are booming, with more people using them than ever before.

With ride-share services in the news lately for scary incidents like the Uber driver who allegedly cancelled a route and put in his own home address when he picked up a teenager at a sweet sixteen party (though riders need to be over 18 to have an Uber account and kids under 18 can’t ride unaccompanied), the most vulnerable people have to be vigilant.

After tweeting about my ordeal and tagging Uber, the 24/7 support team responded, and later a spokesperson from Uber told me via a phone call that I had done the right thing by not getting into a car that didn’t match the license on the profile, canceling the trip and reporting it, and followed up with a less personal, emailed message for me to use in my story.

“What’s been reported is concerning and we apologize for the poor experience. We encourage riders to report issues to us so we can investigate and take appropriate action,” went the message. (I also shared screenshots I took of the drivers' profiles, even the ones who cancelled). Uber also sent me a link to a safety video and provided additional safety info and rider tips based on collaboration with law enforcement.

I spoke with an Uber support team manager who told me that if I am charged an unwarranted cancellation fee, I can choose the self-service feature within the rider app — by tapping on cancellation fee issue — to receive a credit.

After Samantha Josephson’s murder, Uber partnered with #What’sMyName for ride sharing safety, to make sure that Uber drivers said the person’s name before they got into the car.

Yet, Uber drivers are also instructed to ask for people’s names first, which is a conflicting message.

Through my experience, I’ve learned this is the most important message of all. When it comes to ride-sharing services — and most women prefer women drivers according to research from the National Council for Home Safety and Security — the word is caveat emptor (let the buyer beware).

More Like This
How Do I Rediscover My Sexuality When I’m Completely Touched Out?
The Euphoric Terror Of Rollerskating Was Exactly What I Needed
30 Easy Summer Activities For Kids That Work Rain Or Shine
30 Birthday Party Hacks That Will Blow Your Mind