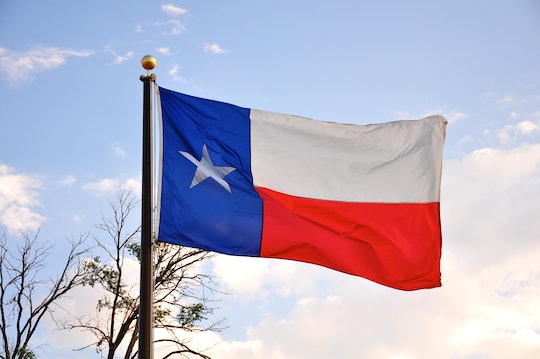 Syrian refugees are headed to the Lone Star State. The New York Times reports that a federal judge ended Texas' attempts to block Syrian refugees from entering the state this Thursday. Though it isn't the only state to try barring resettlement of refugees after the Paris terrorist attacks, Texas is the only one who sued federal officials to try to make it happen.

Despite leveling accusations of potential terrorist ties, Texas hasn't had luck stopping refugees. NBC News reports that the first group of a dozen refugees entered Texas this week. When Texas tried to sue the federal government to block nine more, they were met with sharp criticism from Judge David C. Godbey. He wrote in the order that one of the state's major flaws was calling on the federal court at all, saying that, "The Court has no institutional competency in assessing the risk posed by refugees." The Washington Post reports that Godbey also called proposed evidence of refugees' terrorist potential "speculative hearsay" and refused to designate it as "competent evidence." One reason it may have been a challenge to come up with proof of ISIS ties: most of the refugees are kids. The New York Times reports that "The refugees include a family of eight — six of whom are children ages 6 to 15 — and a 26-year-old woman whose mother lives in the Houston area."

Despite resistance from the federal court, The Los Angeles Times reports that Texas isn't giving up. As state attorney general's office spokeswoman Cynthia Meyer puts it:

Federal law requires the Obama administration to work with the states in the refugee resettling process. The safety and security of Texans is our utmost priority, and we will continue our efforts to get information from the federal government and ensure Texas has a seat at the table moving forward.

The federal government stands by its extensive vetting process, and humanitarian groups advocate for the safe welcome of those escaping war. But as dozens of states continue to challenge entry, the outcome of Texas' fight shows that stopping Syrian refugees may not be easy (and to many, that's a good thing.)