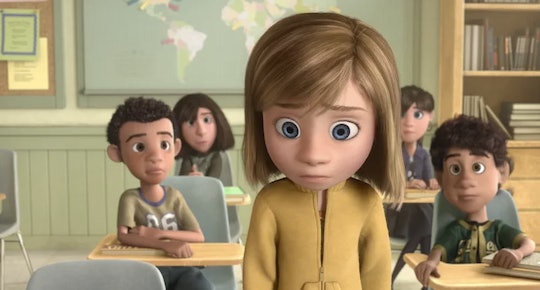 A film student has made a remix of Pixar’s Inside Out, taking out all the “inside” parts. It’s amazing what happens: the movie becomes sort of simple. And a pretty accurate depiction of family life. It’s sort of of exhausting to watch. Film student Jonathan Hanzen“Inside Out: Outside Edition made and cut out Joy, Sadness, Fear, Anger, Disgust, and even Bing Bong. So it’s basically just Riley throwing temper tantrums.

If the film made you reflect on anything at all, this version will make you want to pull your hair out. All of Riley’s actions are unexplained and so it’s just her parents trying to calm and feed her. When she tries to steal a credit card to run away, what was a complicated scene with all the background noise becomes, well, just another kid packing their bag to leave. She doesn’t even seem all that conflicted about it, despite the furrowed brow.

Pixar’s Inside Out had viewers transfixed all year. While many fans have called for a sequal, there still isn’t one in the works. But the stars are all about it. Kaitlyn Dias, who voiced Riley said earlier this year that it would be “awesome.” She said:

Phyllis Smith, who voiced Sadness said she’d be the “first on the train to Pixarland.”

If they ever do make a sequel, let’s hope they put the whole crew in it. This is interesting, but it’s better when everyone’s involved.