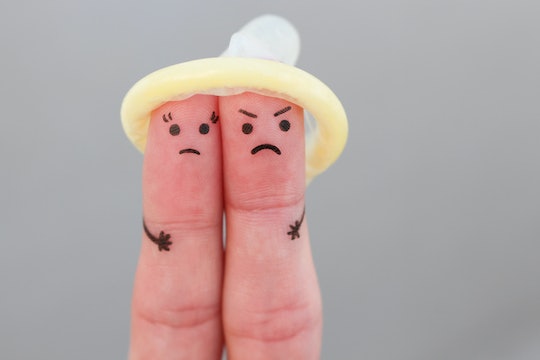 A Flesh-Eating STD Is Making A Comeback, Doctors Say

If anything will scare people away from having unprotected sex, it just may be the threat of contracting a flesh-eating STD. A woman from Southport, England was diagnosed with donovanosis, according to a freedom of information (FOI) shared by online pharmacy Chemist 4 U. Donovanosis, also known as granuloma inguinale, is a disease that causes genital ulcers and the flesh in the groin region to eat itself, the Liverpool Echo reported.

This is the first recorded case of donovanosis in the entire United Kingdom, and people typically only contract the disease in tropical countries including India, the Caribbean, central Australia, southern Africa, and Papua, New Guinea, according to the Centers for Disease Control and Prevention (CDC).

Not only does donovanosis cause genital ulcers and a flesh-eating effect, but the affected area often bleeds to the touch, according to a paper published by BMJ Journals. The disease is often overlooked in medical settings since it is so uncommon, and because it has many similarities in appearance to other kinds of ulcers, although there was a donovanosis epidemic in Durban, South Africa from 1988 to 1997, the paper noted.

In case all that information wasn't enough to horrify you, here's some more disturbing facts about the disease. While generally not painful, the bleeding ulcers have a "beefy red appearance," and can spread from the genitals to other body parts, such as the pelvis, intra-abdominal organs, bones, and the mouth, according to the CDC. These lesions can cause potentially permanent damage and scarring to the genitals, Forbes added.

Donovanosis' incubation period is up to 12 weeks long, the Lancashire Evening Post reported. However, other literature suggests that the symptoms may not show until up to a year after coming into contact with the disease, according to the BMJ Journals paper. Additionally, even though donovanosis is classified as a sexually transmitted disease, it can also be spread from one person to another via simple physical contact, according to the Lancashire Evening Post.

The only information known about the affected British woman is that she is between 15 and 25 years old, and that she was diagnosed with donovanosis sometime in the past year, according to the Liverpool Echo. It's uncertain how she developed the disease, though most United States and United Kingdom cases are contracted via interactions with affected people from endemic countries, the Daily Mail reported.

Shamir Patel, a pharmacist from Chemist 4 U, explained that early detection and treatment is key when it comes to donovanosis. He told the Liverpool Echo:

That being said, the CDC explains that the disease can typically be treated with antibiotics, including either azithromycin, doxycycline, ciprofloxacin, erythromycin, or trimethoprim-sulfamethoxazole, and luckily, antibiotic treatment has been observed slowing down lesions. However, antibiotics are not always enough to fix the whole situation. Patients usually need to go to therapy to help the ulcers heal, and even if the therapy seems to cure donovanosis, some patients relapse within 6 to 18 months of therapy, the CDC noted.

Basically, donovanosis sounds absolutely terrible. Hopefully the affected British woman is able to cure the disease before it can spread to anyone else in her area.