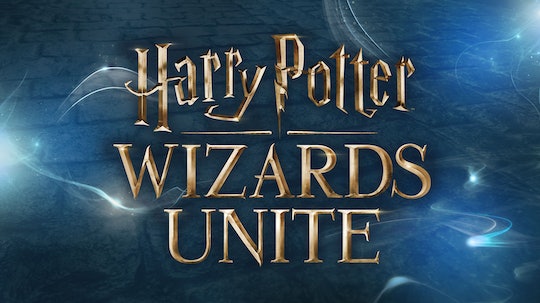 A Harry Potter Version Of 'Pokemon Go' Is Coming, So Have Your Wand At The Ready

If you were intrigued by the "Pokemon Go" craze last year, but you're way too cool to bother learning the difference between a Charizard and a Squirtle, hold on to your butt, because Niantic, the game's developer, has announced that it's finally making one for mature people with more refined tastes. That's right, a Harry Potter augmented reality game is coming to your phone sometime next year, so dust off your copy of Fantastic Beasts and Where to Find Them (as if you ever let it get dusty), because before you know it, you'll be running around town collecting Thestrals and Basilisks with like-minded Muggles.

Reports of an upcoming Harry Potter game from Niantic first surfaced just weeks after "Pokemon Go" launched in July 2016, but turned out to be a hoax. This time, however, it's definitely legit, which makes me wonder, did the initial public response to that story inspire Niantic and Warner Brothers to make "Harry Potter: Wizards Unite" a reality? If so, thanks, fake news! Maybe for your next trick you can claim that Warner Brothers is giving everybody free Hogwarts house robes, because while I still sort of regret not buying one when I went to Universal, damn, are they pricey.

"Harry Potter: Wizards Unite" is being released under a new label, Portkey Games, which is "dedicated to creating new mobile and videogame experiences that place the player at the centre of their own adventure, inspired by J.K. Rowling' Wizarding World." This is fantastic news, because I can only play "Lego Harry Potter" so many times, you guys. The games "will not be direct adaptations of the books and films," and although they have J.K. Rowling's blessing, she's not going be writing the stories herself. They'll feature new characters and those we already know and love, and players "may even see familiar characters at different points in their lives."

Stop right there. They can't just tease something like that and expect us not to go crazy with speculation, am I right? Are we talking about "points in their lives" that we've already seen in the books and movies, or, since the games are completely new stories, could they be ages we've never seen before? Will we get to meet a baby Albus Dumbledore, or a teenage Minerva McGonagall? Will childhood flashbacks explain why Rita Skeeter and Dolores Umbridge grew up to be such horrible adults? Hey, it worked for Snape.

But let's get back to the first — and for now, only — game that Portkey has announced thus far. The new (and very scant) "Harry Potter: Wizards Unite" website says that players will be able to "Explore real-world neighbourhoods and cities to discover mysterious artifacts, learn to cast spells, and encounter legendary beasts and iconic characters along the way." That sounds like Hagrid might be popping up in our loos unannounced, which is fine by me, as long as there's also a possibility of Percival Graves popping up in our bedrooms. Hey-o!

Niantic's announcement adds that players will also be able to "team up with others to take down powerful enemies." Are you picturing a random butcher, baker, and candlestick maker coming together in a town square to fight an invisible Voldemort together right now? Because I am, and I am so very here for it. At any rate, it looks like sometime in 2018, drivers can once again expect to see throngs of gamers wandering into traffic while glued to their phones, so be sure to watch out for that. At least this time around, players will be easier to recognize: they'll be the ones riding brooms.