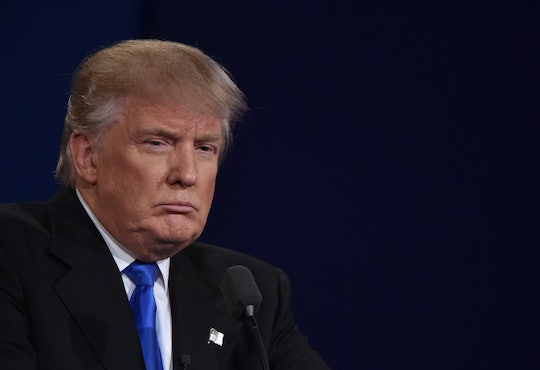 The day-to-day state of the White House and the Trump administration is highly unpredictable. Between President Donald Trump's daily comments and actions that are pretty bizarre to the administration's inner workings, you never know what you're going to get. More and more people, including politicians are seeing what the public is seeing. Like this one Senator who called the White House an "adult day care center" and therefore made the internet freak out for all of the best reasons.

There is nothing quite like a politician rebelling against party lines to make a statement or comment that actually reflects their constituents, especially when there is so much riding on their job. On Sunday, Tennessee Sen. Bob Corker did just that. Sure, you might expect these comments to come from a Democrat, but Corker actually has a pretty important job in this current government. According to The Washington Post, Corker is a Republican senator and the chairman of the Foreign Relations Committee. Needless to say, his party relies on him. But some nasty comments made by Trump towards Corker on Sunday morning led to Corker sending out maybe one of the best tweets this year.

"It's a shame the White House has become an adult day care center," Corker said in his tweet. "Someone obviously missed their shift this morning." On that note, Trump might need some ice for that sick burn.

With a tweet as great as that, people obviously went wild, sharing their reactions to Twitter, which are so worth seeing.

Can you take a second to visualize Corker's tweet and see how right he is? Between Trump's constant whining in the White House to the steady amount of adults running in and out of the White House to take care of his problems, you can see why Corker would be so quick to compare the White House to a day care. Heck, like a child, Trump is constantly being told "no" by his aides to stop stop tweeting — yet he does it anyway, as The New York Times reported.

Corker's tweet is inspired by the fact that Trump, out of left field, took to his Twitter account early Sunday morning to insult the Senator in a series of tweets that would make anyone respond with a comment like Corker's. Trump tweeted:

While Trump's comments seem a little out of line, especially for a calm Sunday morning, according to The Washington Post, they are completely normal for the president. These tweets from the president come as a defense after Corker "suggested that the national security team provides the president with badly needed adult supervision," the news outlet reported. Therefore that "adult day care" clap back could not be any more fitting.

Corker's honesty could possibly be inspired by the fact that he isn't seeking re-election, according to ABC News. Without needing to please his party or constituents, this allows Corker to vote how he pleases and speak his mind. Corker announced that he was not seeking re-election late last month, according to USA Today, but that he hoped to help make a difference in the nation in the future. Although Corker had supported and "embraced" Trump during the campaign, according to NPR, Corker had been an outspoken critic of the president, saying that Trump needed to get "under control" in May. In August, Corker went as far to say that Trump "has not yet been able to demonstrate the stability, nor the competence that he needs to demonstrate in order to be successful," according to NPR.

If Corker wasn't holding back with his day care comment, then one could only hope that the senator continues to be honest and let everyone know just what he thinks about the White House and the Trump administration. He will have 15 months until his term is up to do so, according to ABC News.

In the meantime, parents and everyone else alike can have the pleasure in picturing the White House as a day care — which makes everything to come out of the White House (both good and bad) a little more tolerable.