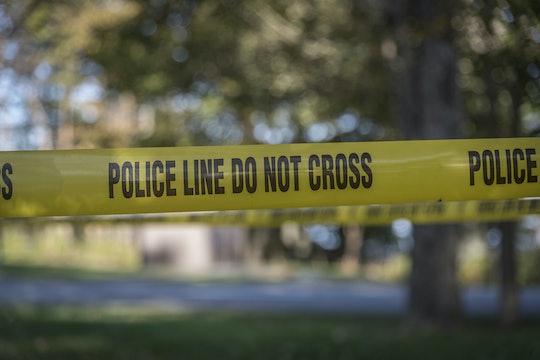 On Wednesday afternoon, in a tragic turn of events, a shooting at a Florida high school has reportedly left multiple people injured, according to CNN. The shooting occurred at Marjory Stoneman Douglas High School in Parkland, Florida, and is being treated as a mass casualty situation by law enforcement and emergency personnel, WSVN reported.

Update: Police reported that at least 17 people have been killed in the school shooting, according to the BBC.

Earlier: Just after 4 p.m., local authorities reported on Twitter that they had apprehended the suspected shooter. On Twitter, Broward County Public Schools also updated the public on the situation, writing that law enforcement was currently clearing students out of the school one building at a time.

Broward County Public Schools superintendent Robert Runcie confirmed several fatalities as well, although he said there were no numbers available yet. "There are fatalities that are involved. We can't confirm the number at this point," he told the news outlet.

The Broward Sheriff's Office confirmed at least 14 victims on Twitter, writing, "Victims have been and continue to be transported to Broward Health Medical Center and Broward Health North hospital."

Students' parents were asked to wait for their children at a parent staging area at the Marriott in Coral Springs.

Broward County Sheriff Scott Israel said that the suspected shooter was a former student of Marjory Stoneman Douglas High School, but was not enrolled when the shooting occurred, according to CNN. Parkland Mayor Christine Hunschofsky told NBC that the high school, which had been beginning dismissal for the day when the shooting began, went into immediate lockdown as shots rang out.

"It’s sad. It’s sad that these tragedies happen in our country," she told NBC. "Many of the students have been in touch with their parents. We have, many many parents out here."

Shortly after the shooting — the 18th school shooting in the United States in 2018 alone, according to Vox — President Donald Trump shared his condolences on Twitter. "My prayers and condolences to the families of the victims of the terrible Florida shooting," he wrote. "No child, teacher or anyone else should ever feel unsafe in an American school."

Other politicians had more to say about the matter. Connecticut Sen. Chris Murphy headed onto the Senate floor on Wednesday afternoon to address the shooting, calling for immediate action. "We are responsible for a level of mass atrocity that happens in this country with zero parallel anywhere else," he said, according to CNN. He continued:

This epidemic of mass slaughter, this scourge of school shooting after school shooting. It only happens here not because of coincidence, not because of bad luck, but as a consequence of our inaction. ... As a parent, it scares me to death that this body doesn't take seriously the safety of my children, and it seems like a lot of parents in South Florida are going to be asking that same question later today.

Parents and students have already begun sharing their stories from the day. One dad, speaking to CBS News, said he texted his daughter while she hid in a closet. "It's the worst nightmare not hearing from my daughter for 20 minutes," Caesar Figeuroa told CBS. "It was the longest 20 minutes of my life."

I'm scared for the other parents here. You can see the concern in everybody's faces. Everybody is asking, "Have you heard from your child yet?"

No parent should have to experience that. As details regarding the Marjory Stoneman Douglas High School shooting continue to unfold, however, the community is rallying around the victims' families and loved ones.