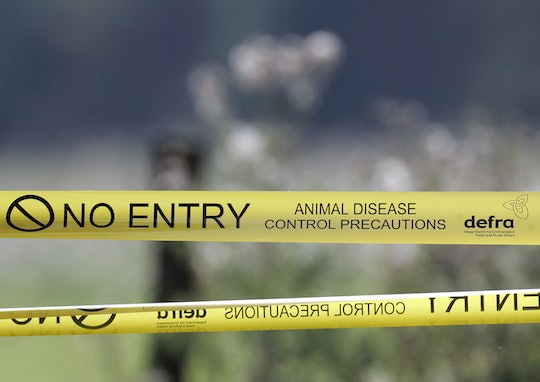 A Snapchat Video Of The Orlando Pulse Shooting Is Absolutely Terrifying

In an event that's now being called domestic terrorism, a gunman shot 40 people and killed 20 at Orlando's Pulse nightclub early Sunday morning, according to the Daily Mail. More disturbingly, a person standing across the street appears to have caught part of the shooting on Snapchat, the popular photo and video sharing app, and the footage was shared by WESH News. Snapchat video of the Orlando Pulse shooting is terrifying, and viewer discretion is strongly advised.

Update: Orlando Mayor Buddy Dyer announced in a press conference Sunday that the updated death toll was 50, with at least 53 more people injured. As a result. The Pulse nightclub shooting is officially the worst mass shooting in U.S. history, in front of the Virginia Tech shooting that left 32 people dead.

In the video, which can be watched here, the Daily Mail reported that 24 gunshots can be heard in just the short nine seconds of video footage. The person shooting the video says things like "Oh my god" and "People are getting shot," and a woman's scream can be heard coming from the venue. Someone else standing nearby tells the person recording the scene that they need to leave, but the video continues for a few more seconds.

The shooting reportedly began around 2 a.m., according to CNN. An officer responded to the call, engaged in a shootout with the gunman, and then the gunman ran into the venue. At that point, Orlando Police Chief John Mina told CNN that it became a hostage situation. Officers then engaged in a shootout with the gunman for roughly three hours, according to USA Today. The department began getting calls from people inside of the club who were farther away from the gunman. Finally, Mina said police rushed the scene and drove into a door with an armored car, which helped some of the clubgoers escape before police shot and killed the gunman, according to CNN.

A tweet from CNN identified the gunman as Omar Saddiqui Mateen, and the New York Times reported that he entered the club with an assault-style rifle, a handgun, and possibly an explosive device. (CNN reported that bomb-sniffing dogs were seen at the nightclub.) Police have said the gunman was "organized and well prepared," according to the Times. The Telegraph reported that he was from Port St Lucie, Florida, his parents were from Afghanistan, but he was born in the U.S.

Tributes on social media have been both heartbreaking and disturbing. Many are calling on the world to support the families of those killed, while others are resorting to Islamophobia and false nationalism. In the aftermath of what is now one of the top three worst mass shootings in the U.S., it should be clear that the first thing we do is support the victims and their families rather than turn to division and speculation.

More Like This
Keke Palmer Casually Drops Her Baby's Sex On Jimmy Fallon
Marie Kondo Gives Up Tidying Post-Kids, Sparking Joy For Moms Everywhere
Does The FDA's Plan To Limit Lead In Baby Food Go Far Enough?
Freeze! The Single From The New 'Bluey' Album Just Dropped
What Parents Are Talking About — Delivered Straight To Your Inbox