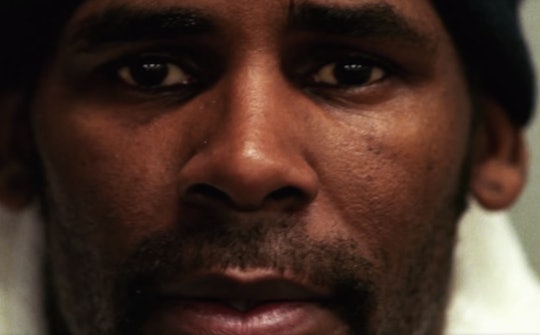 'Surviving R. Kelly' Is Finally Getting The Follow-Up Special It Deserves

The massive influence of the Lifetime docuseries that exposed R. Kelly’s alleged sexual abuse is being explored in a new special returning to the network. Lifetime announced that a Surviving R. Kelly follow-up special is slated to air on May 4 at 10 p.m. ET, USA Today reported. Surviving R. Kelly: The Impact will explore the response to the massively popular docuseries that put a spotlight on Kelly’s alleged abuse through powerful victim testimonies.

Soledad O’Brien has been tapped as the host of the new special, according to a Lifetime press release. The show will feature “footage from the docuseries, interviews with journalists, legal experts, non-profit organizations and psychologists to discuss the ongoing story surrounding R. Kelly, including an in-depth look at his now infamous interview with Gayle King and the women who are standing by his side.”

After the original docuseries aired there was an outpouring of outrage about Kelly’s alleged abuse on social media, with the hashtag #muteRKelly calling for a boycott of his music. Calls to the National Sexual Assault Hotline surged by 27 percent, The Daily Beast reported, and the national conversation about sexual assault peaked. The increase served as a reminder that hearing survivor stories can be an important step for those considering reporting their own abuse or assault.

During the Christine Blasey Ford testimony in front of congress in September 2018, calls to the hotline jumped 147 percent, the outlet reported.

After the series aired, the Cook County State’s Attorney requested that victims step forward and report accusations against the singer, according to the BBC. Seven weeks later that office indicted Kelly on 10 counts of felony aggravated sexual assault against four victims. Three of the victims say they were between 13 and 16 years old at the time of the alleged assaults, the BBC reported.

Kelly’s music label, Sony, also dropped the singer in the aftermath of the accusations, according to The Root.

Lifetime’s press release said that over 26 million people have now seen Surviving R. Kelly, and showrunner dream hampton (intentionally stylized with in lowercase letters) was named to TIME’s list of the 100 Most Influential People. #MeToo movement founder Tarana Burke wrote about hampton for the magazine, and said, “During filming I was touched by her tender approach to the survivors. She made sure we heard their voices unfiltered. For dream this was not the kind of entertainment where a viewer can sit back and forget about themselves. She challenges a culture that assumes we are all bystanders watching a forest fire and instead places us squarely inside the flames.”

Indeed the docuseries did spark reactions, with people taking to social media to express their feelings:

Several celebrities who have worked with Kelly in the past came forward and took a stand against him, according to Newsweek. Lady Gaga vowed to remove a song she collaborated on with Kelly from streaming services, while Omarion, formerly of boyband B2K, said he would no longer sing songs written by Kelly for the group, following an upcoming tour announcement. Chance the Rapper also made a public apology for a statement he made in the docuseries saying, “Maybe I didn’t care because I didn’t value the accusers.” On Twitter he claimed the quote was taken out of context and that anyone who ignored the stories about Kelly did so at the detriment of black women and girls.

The follow-up special will examine all of these social and cultural impacts and more. Look for it on Lifetime May 4.