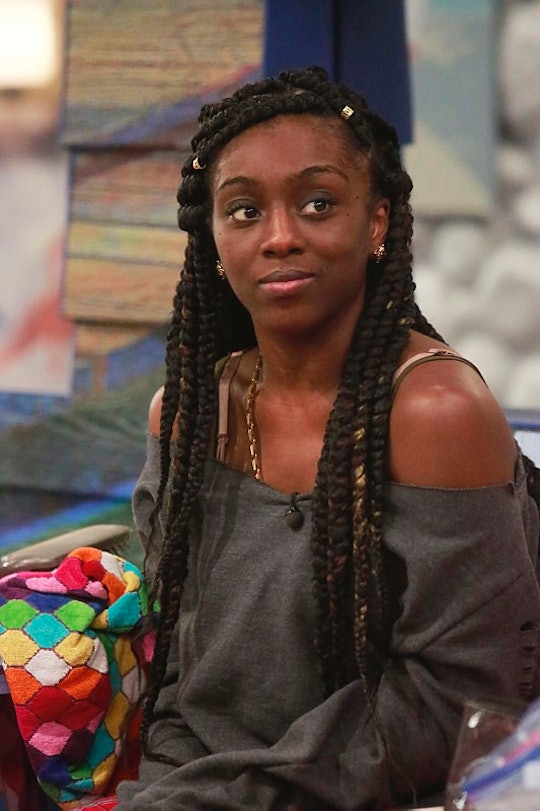 If you've been keeping up with Big Brother 18, you know there's no love lost between returning houseguests Da'Vonne and Frank. Although the two started out as allies as part of the Eight Pack alliance, their friendship has since dissolved into a pretty big feud that may just end with Da'Vonne leaving the house this week if she's not careful. So how did Frank and Da'Vonne go from allies to adversaries in a mere matter of weeks? A lot has gone down between these two in the house but thankfully I'm here to give you a timeline of what has become an epic feud between Frank and Da'Vonne.

Feuds aren't necessarily a rarity in Big Brother. But, for some reason, this one feels different. There's more developed, since these two were aware of each other before entering the game. They may have known each other on a personal level, they may have known each other as "Oh, yeah,that other Big Brother houseguest." Either way, their relationship is different than two strangers put in a house that don't like each other. This one has some interesting parts in motion. So where did it all begin?

The Butt Slap Heard Around The World

In the beginning, there was Frank and Da'Vonne, two friends who seemed to get along fairly well until Frank's jokes and playful manner went a bit too far. First, there was time when Frank "jokingly" called Da'Vonne a slut to which Da'Vonne responded back, "Only on Tuesdays," and all still seemed well (still not cool, Frank). That is until Frank slapped Da'Vonne on the butt one too many times. Yelling at him to "stop hitting [her] on the ass" Da'Vonne was officially over it and broke down in tears. Frank apologized, but the damage was already done.

After the butt slap, Da'Vonne was officially over Frank and ready to get him out of the house. Although the house had seemed pretty set to get Tiffany out of the house last week Da'Vonne realized it would be in her best interest to keep Tiffany in the house because she would be another vote against Frank the following week. In the end it was actually a move by Michelle that really saved Tiffany but Da'Vonne was the one who originally put the plan in motion. Either way, by keeping Tiffany, Da'Vonne ruined Frank's plans to get her out and showed him he didn't have as much power in the house as he thought.

The House Blow Up

After Bronte was evicted and Paulie won Head of Household, Tiffany went to work on Frank, accusing him of trying to get her out of the house (which he did). Frank denied it, saying the only reason he even started coming after her was because Da'Vonne told him Tiffany was coming after him (which is also kind of true). Da'Vonne, hearing her name thrown around, jumps into the fight to defend herself and that's when all hell broke lose. Frank and Da'Vonne end up in a screaming match trying to defend their innocence to Tiffany. In the end, all the fight did was let Tiffany know she can't really trust either one of them.

Da'Vonne Is Now A Target

If you've been watching the Big Brother live feeds, then you know the house has been flip flopping all over the place. Now that Tiffany won the roadkill competition and Corey won the veto competition, Tiffany has nominated Da'Vonne to be on the block. Frank and Tiffany have now teamed up (for the moment anyway) and are working together to convince the house to flip the vote and get Da'Vonne out of the house. With Paulie on the warpath to send Tiffany home, this will be a hard sell, but it did work last week so it could work again this week. However, if their plan fails Frank better watch out because if Da'Vonne wasn't coming for him before (which she totally was) she'll definitely be gunning for him now.