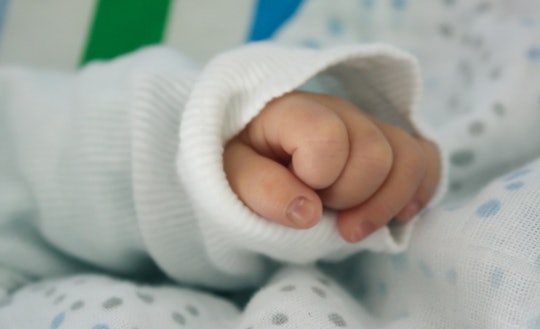 Morgan Hill always knew she was adopted, but her parents wouldn't tell her the story of how they came to be her family until she graduated from high school. It was then that Morgan's mother, Sandi, told her that she'd been found in an Illinois dumpster, inside a double knotted trash bag at just a few hours old. Two years later, Morgan and the people who rescued her from that dumpster were finally reunited.

Garold "Rocky" Hyatt, a construction worker, was taking his last load to the dumpster in October 1995 when he heard a whimper. He wasn't sure if it was a cat or a baby. When he saw the trash bag twitch, he ran to a local hospital for help, and a nurse named named Carol Szafranski retrieved the bag, tore it open, and discovered "a beautiful baby girl," she told Hill during the reunion, according to Kansas City's KHSB. Hyatt recalled, "Not a scratch on you. Just a little bit of a dent on your forehead where a metal stud had laid resting on you." Sandi and local NBC reporter Christa Dubill worked together to arrange the reunion in Chicago as a surprise for Morgan. When Hyatt walked into Morgan's home, the two held each other and sobbed for several minutes before Hyatt told her, "It has been my privilege. It has been my blessing. Your mother has done such a wonderful job with you."

Morgan's biological mother, Germaine Hovland, was found guilty of attempted first-degree murder after abandoning her newborn just 100 yards from the hospital. She reportedly disposed of Morgan in order to cover up an affair, and had told her husband and children that she had cancer in order to explain her weight gain during pregnancy. She was sentenced to 18 years in prison. The biological father had no idea that Hovland was pregnant. Once the story came to light, he fought for custody so that he could arrange a private adoption for Morgan. He kept the same cell phone number all these years, hoping that Morgan would one day reach out to him. The two now talk regularly and get together a couple of times a year.

But it didn't have to be this way. Morgan shared her story because she wants women to know that "there are so many options out there and you don't have to throw your baby away." Every state has a Safe Haven law that allows mothers to relinquish babies they're unable or unwilling to care for. Laws vary by state, but generally, anonymity is granted, as well as legal protection against abandonment changes. Babies can be turned over at police stations, fire stations, or hospitals (again, approved locations vary by state) to get the care they need, and eventually, the families they deserve. Morgan was very lucky her story came to a happy ending, but it's one that never needs to happen again.