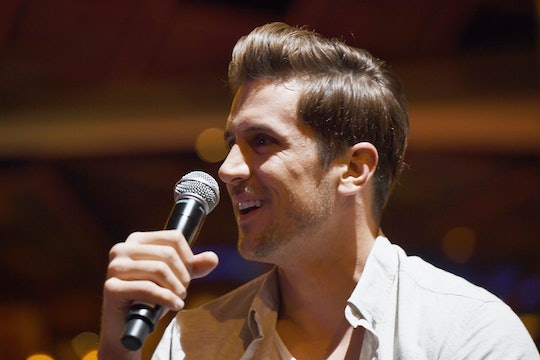 Ah, fame. That elusive concept chased by many, achieved by some, and regretted by many. Nowadays, fame has the power to change us completely, and to be garnered with relatively little effort, with the rise of reality and competitive television shows. The amount of people that The Bachelor and The Bachelorette TV shows have brought into the spotlight is a little unsettling, and, in fact, hasn't always been a fruitful choice for many. But for families that are already (somewhat) in the spotlight, being on a reality dating TV show doesn't seem that crazy, and so it was for Jordan Rodgers. The Bachelorette contestant and brother of pro-footballer Aaron Rodgers appeared on Season 12 of the show, and it was there that the world learned of the Rodgers' family's strained relationship with Jordan. Now, though Aaron and Jordan Rodgers' dad is speaking out about the tensions in the family, and how fame has played a role in all of it.

In an interview with The New York Times, Ed Rodgers, the family's patriarch, spoke about the divide in the family, and who's to blame for everything that's happened. In the Rodgers brother's hometown of Chico, California, Ed supplied The Times with a simple, profound answer: "Fame can change things."

Aaron Rodgers, the older of the Rodgers brothers, is a quarterback for the Green Bay Packers, and, since 2014, has been dating actress Olivia Munn. It was shortly after they began their relationship when the familial divide really set in.

Jordan, during his stint on The Bachelorette, opened up about his family drama to the show's star, JoJo Fletcher, and was up front when he told her that she probably wouldn't be meeting his brother anytime soon.

And while the dismantling of any family is a tragic occurrence, when fame is involved, it isn't always surprising. The Rodgers aren't the only family that's been plagued by Hollywood, with Angelina Jolie famously cutting ties with her father, Jon Voight. Really, though, sometimes there's just so much unsaid that repair seems like something out of a fantasy. And that's what seems to be the case with the Rodgers, with Ed saying that he didn't think any progress had been made in their relationship with Jordan.

Romper has reached out to Jordan Rodgers' reps for comment on the Times interview and is awaiting a response.

No matter what happens in football, or on TV, though, when all that other stuff is gone, what do we have left? Family, friends, and loved ones are so important to our happiness, and really, one can only hope the Rodgers can work through their issues, and be a united family once again, despite the shadow fame has brought upon them.