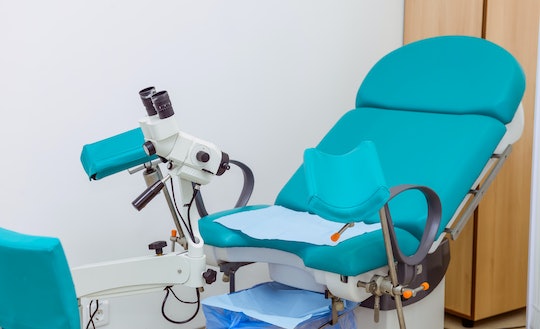 Any pro-choice activist will tell you that, every day, they have to fight against a laundry list of abortion myths from the anti-choice sect. Most, if not all, of these lies have been disproved by science, like the "abortion reversal" technique pushed by anti-abortion doctors and some conservative lawmakers. Now another debunked myth can be added to the list: Recently published research has found that abortion doesn't increase alcohol and drug use. (I can't believe that was ever an association in the first place, though.)

A new study published Monday in The Journal of Studies on Alcohol and Drugs found no link between ending a pregnancy and alcohol, tobacco, or other drug use. In particular, researchers from Advancing New Standards In Reproductive Health (ANSIRH) analyzed five years worth of data from more than 950 women who sought abortions at 30 clinics across the country, and discovered that neither people who underwent the procedure, nor women who were denied abortions, showed an increase in heavy substance use.

The research team, lead by Dr. Sarah Roberts, did find that alcohol use did change over time for both groups, with use among women who turned away increasing at a more rapid rate during the five years. But they found no evidence that having an abortion led women to abuse alcohol, tobacco, or other drugs in subsequent years.

So where does the myth associating alcohol with abortion come from? Crisis pregnancy centers — CPCs. Crisis pregnancy centers are anti-choice operations that parade as facilities that want to help pregnant people "explore their medical options," and are usually built next to abortion clinics, But CPCs don't actually offer medical help or advice, according to Slate. Instead, during visits with expecting parents, non-medically licensed counselors at crisis pregnancy centers often push anti-abortion myths, such as the myth that having an abortion increases a woman's chance of becoming addicted to drugs or alcohol, and suffering from mental health issues, The Nation reported.

A large body of scientific research, however, has disproved that abortion increase a person's risk of mental health problems. In fact, the opposite is true: A 2016 JAMA Psychiatry study of more than 1,000 women found that people who are denied an abortion experience emotionally distress initially than if they underwent the procedure, according to TIME.

Roberts, associate professor of Obstetrics, Gynecology, and Reproductive Sciences at ANSIRH, tells Romper in an email that her study provides even more proof that information included in state "Women's Right to Know" legislation "is not necessarily accurate and is not the best available evidence." She continued:

It also provides additional evidence that shows that information that crisis pregnancy centers tell women about the mental health impacts of having an abortion are inaccurate. Using state funding to provide inaccurate information that is counter to the best available scientific evidence violates core public health principles.

This isn't the first time Roberts has looked at the relationship between alcohol and abortion. In August of last year, the ANSIRH professor published a study in Alcohol And Alcoholism that found states with punitive laws around alcohol and pregnancy were also more likely to pass restrictions on reproductive rights. Conversely, Roberts and her research team discovered that states with supportive policies centered around education and treatment to reduce alcohol consumption among pregnant people didn't try to limit reproductive rights.

Study upon study upon study have proven that abortion is completely safe, and will not adversely affect a person's health. Instead, these abortion myths are doing far more damage to people seeking the procedure. They end up informing restrictive anti-abortion laws that put a person's health, emotional well-being, and financial safety at risk. But Roberts and others are doing the necessary work to knock down each myth by using something that's true: Science.