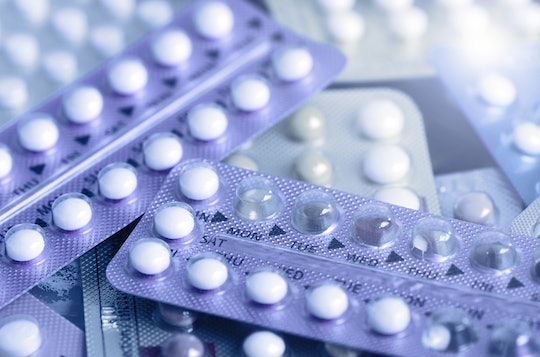 To carry out their study, researchers at the CDG took a retrospective look at both Malaysian girls' educational attainment and their risk of dropping out of school on a year-by-year basis. Malaysia began rolling out staggered family planning programs in the country in the 1960s and 1970s, so CGD researchers were able to look at stats from before and after Malaysia's implementation of family planning, comparing areas with the programs to areas without.

What they found was both surprising and empowering. Past research on the positive impacts of family planning has generally focused on the fact that allowing women to control if and when they have children (as well as how many children to have) allows them to further their educational attainment, go further in their careers, and do better financially. And those results, while fantastic, aren't entirely surprising: family planning gives women the ability to free up time and money that would otherwise go to unplanned children, and allows them to invest more in the kids they do have.

But the benefits of improved access to family planning, as the CGD found, goes beyond simply allowing women to control their fertility. In fact, the benefits seem to start way before that, with young girls' parents.

As it turns out, in areas where family planning was readily available even during girls' younger, non-fertile years, girls were less likely to drop out of school before entering secondary school. This wasn't due to their use of contraceptives, since they weren't yet adolescents — instead, it seems, parents were more willing to invest in girls when there was a higher likelihood of them being more successful later on.

"Our research shows that the availability of modern contraception may also change parents’ expectations about future opportunities for their daughters, creating incentives for girls education," Grant Miller, co-author of the study and a fellow at the CGD, said in a press release.

The girls who grew up with the longest lifetime exposure to family planning had the best outcomes in educational attainment, with girls nabbing an additional 1.2 years of schooling on average compared to girls in areas with no family planning.

The benefits didn't end only at education, either: girls raised in areas with family planning access were 19 percent more likely to be getting paid for work at age 26 (and 45 percent more likely to still be doing so at age 39). They were also more likely to support their elderly parents later on in life, as well, rather than their husbands' — which suggests better financial outcomes and more bargaining power within their families.

The CGD's research shows that, when it comes to family planning, it comes down to way more than just a woman's ability to control her fertility. It also influences the power others are willing to hand over and the investments families will place in women — and that's important information for any leaders who underestimate the value of family planning.

"These results have important policy implications that underscore the broad economic benefits of family planning programs," Miller said in the press statement.

In other words? On some level, everyone knows just how important it is for women to be able to control their family planning — and that knowledge influences everything from how much parents are willing to invest in their girls to how much girls can support their own families later on.