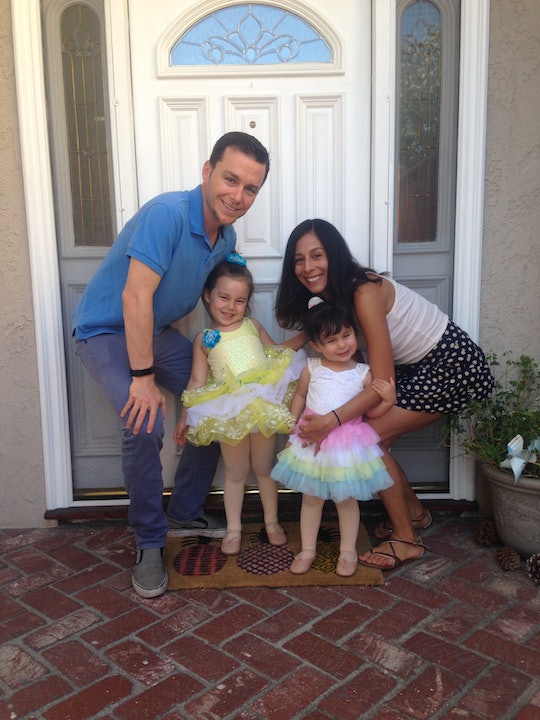 Having Kids Made Me Love My Body More

Growing up, I was always modest. I was one of those girls who'd run into a bathroom stall to change into my PE uniform because I didn't want everyone to see me in my training bra and panties. I wouldn’t even wear dresses in middle school, because I was so worried I’d somehow show everyone my underwear.

Although I was not raised to be ashamed of my body, I was terrified of showing off any part of my body. These values somehow became ingrained in me in adulthood. When I got older, I constantly worried about showing too much skin at work, and I still sought out a bathroom stall in any situation where I had to change in front of people.

Since I was this way prior to having babies, I believed that I would be the most modest mom on my block. Before I had kids, I promised myself that I would never breastfeed with others nearby, and I’d make sure to cover my nursing tanks with flowy tops so no one could tell if my breasts were engorged. Although I always admired those cool moms who wore trendy short shorts and small tanks, I couldn't imagine that I'd ever dress like that in front of my daughters, because I'd always equated motherhood with modesty, but then I had kids and became comfortable in my body.

Part of the reason why I became less modest after giving birth was because I became a breastfeeding mom. While I initially tried to hide my boob and baby under a nursing cover when relatives came over to visit, I eventually stopped using the cover because my daughter hated it. Eventually, it became clear to me that no one cared if my engorged breast was out because I was feeding my daughter. While I never worked up enough confidence to feed without a cover in public, I knew that if it came down to it, I would absolutely breastfeed my daughter in a public setting — and I wouldn't die of embarrassment as a result.

Every time we went out in public, I basically anticipated that some part of my body would be on display.

Every time we went out in public, I basically anticipated that some part of my body would be on display. I can’t even count the number of times my daughter pulled my shirt open in public, exposing my breast while I was ordering food in a restaurant or paying for something at Target. Just yesterday, my daughters had a loud conversation in the dressing room about my breasts, so I've gotten used to them being the center of discussion: “Will my boobs be bigger than yours, Mom?” “Do boys have boobs?” “Why do your boobs look like that?” And I wonder why my modesty is on the decline.

My definition of what was appropriate or inappropriate for my age also began to change after I had a baby — not just because I started giving fewer f*cks, but because I was actually feeling really damn good about my body. I'd felt so uncomfortable in my skin while I was pregnant, so I was really excited that I could finally start wearing skinny jeans and tight tops again.

Now, I’m that mom who wears the short shorts and cute rompers, the backless tops and yes, a bikini, despite my c-section scar. Why the heck not?

Now, I’m that mom who wears the short shorts and cute rompers, the backless tops and yes, a bikini, despite my c-section scar. Why the heck not? I love dressing up for a night out with my girls or my husband, and my daughters love helping me pick out my clothes.

Motherhood has a way of turning everything on its head, and parenting usually means that modesty goes down the drain. Because let's be honest — who has time to care about things like whether or not someone is going to see your underwear? Also, sometimes you have to be pretty gross when you're taking care of your kids. I mean, who else is going to wipe your child’s butt or clean their nose?

Of course, I still have insecurities about my body, because everyone does. But I’ve finally reached a point where I can wear what I want to wear and feel great about myself. It’s liberating to feel so comfortable about my body. I want to model body positivity to my daughters, and that means showing them that I feel comfortable in my own skin. And while I want them to understand that they can't necessarily wear their bikinis (my 4-year-old’s current favorite outfit) to formal events, I want them to feel comfortable being themselves. Modeling that behavior for them is essential to teaching them those values.