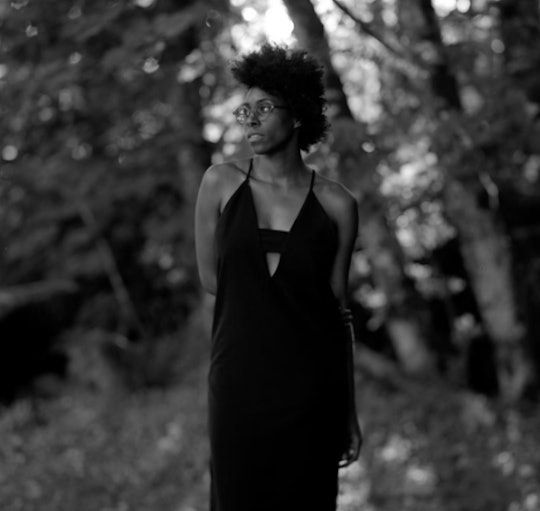 I don't go out of my way to make friends with other moms. I used to. I used to believe that I could somehow be close friends with most people who were parents, especially if our children were friends because, in my head, what other things would we need in common? Weren't our children enough? Unsurprisingly, I learned the hard way that just because you have children, and another woman has children, doesn't mean you'll be friends, or that you even have to be friends. To be honest, I don't like having "mom friends." And I'm absolutely OK with that. When I was a younger mom with two young children in tow, I was so desperate for friendship that I was really willing to be friends with anyone. Even with women who talked behind each other's backs all the time. I settled on these friendships, accepting that, perhaps, this was just all a part of parenthood, befriending women you had nothing in common with because your children get along.

Perhaps it's because I became a mom at 21, or perhaps it's because I hate what parenthood is shown as, but I've just never been able to catch on to moms' groups, or moms' night out. I've resisted labeling myself as just "mom," and letting everything follow from there. I've noticed that I also resist the people that just use that term. If I go out, I just treat it as just going out for a drink and dancing. If I hang out with my friends, it's me just hanging out with my friends. My identity is not wrapped up in my role as a mother. And that's why I do not go out of my way to make mom friends. I rely solely on interest and passions to connect with people. Not my children.

How was I supposed to connect with people if all we talked about was our babies?

When I was a younger parent, I joined so many moms' groups out of obligation. What surprised me was how exclusive they seemed to be, as opposed to being inclusive, especially for new mothers like me. I remember getting an email saying I basically needed to audition to be part of this group and although I didn't agree with that, or how it made me feel, I felt like it was important for me to be around my like-minded women and for my daughter to make friends her age. But every meet-up I'd go to, I found myself sitting there awkwardly, making small talk about what my daughter liked to eat, what she enjoyed doing, and what her bedtime should be. I found this terribly boring and frustrating.

How was I supposed to connect with people if all we talked about was our babies? And at that point, our babies could barely even communicate with us! So I left the group. But what followed was a string of different mom "friend" groups. I sat with women who would destroy other moms at the park, and when I tried to object, they laughed it off. So I distanced myself. I couldn't find my footing when there was so much pressure to find friends who identified as moms first and then women second. And putting that pressure on myself to identify like that wasn't helping things at all. Eventually, I met a few women who just happened to be mothers, but the difference was that they were my friends first and foremost. Our children weren't what made us who we were. They weren't who we based our friendship on. Our kids came second, and we came first.

I was a woman first before I ever became a mother. It's really important for me to remember that.

It's not that women who are more children-focused can't be wonderful friends. I've met so many women over the years who identify as that and they've been amazing friends to me. I just find myself struggling to connect with them on a level that I need for my friendships when I put so much pressure on being friends as moms. I find myself befriending more people without children and connecting with them much easier.

I hate that our culture measures our worth as parents by how many activities we've enrolled our children into, how many hours we've logged driving them to their different practices, and whether or not we've joined the PTA. I hate the idea of my children running my home and determining how I spend my time to the point that they influence who I'm friends with. I was a woman first before I ever became a mother. It's really important for me to remember that.

Even though I don't go out in search of mom friends, I do have mom friends. And they're rad. They're women I've connected with before they had children or I even had kids. I connected with them based on their art, their ideas, and the ways they live their lives. It's always a bonus finding out someone you're befriending is also a parent, but a parent who's similar to you, who hasn't stopped drinking at bars, or quit going out dancing simply because of their children, who hasn't built their life around their child's schedule, who doesn't fall by the wayside so that their kid can dominate every hour of the day.

Sometimes, with these friends, we hang out with our children, but mostly without. We eat brunch alone. We work on projects. We talk about ourselves, about what TV shows we're into, what books we're reading. And every once in awhile we mention what our 7 year old is doing, but mainly we commiserate over how much money we're losing because of all the teeth our children have lost. Once I limited myself to befriending only women who were also raising children, but I've learned that my role as a parent doesn't stop me from having friends who don't have children.

More Like This
The 20 Most Romantic Quotes From Friends
Here’s Why You & Your Mom Can Fight So Much
Soul Ties: What Does It Mean & How To Know If You Have One
Why Your Vagina May Be Itchy After Sex & What To Do About It
What Parents Are Talking About — Delivered Straight To Your Inbox