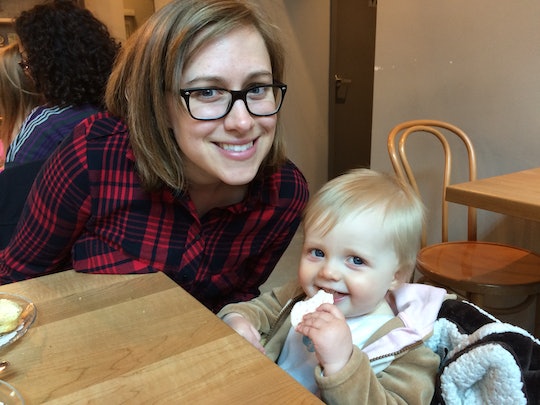 Actually, I Won't Ever Ask My Daughter To "Be Nice"

I have a confession to make: I have a crush on DJ Lance Rock from Yo Gabba Gabba. I don't know what it is about him. His sideburns? His awesome orange jumpsuit? The guy can pull off a tall hat, I'll tell you that much. Every morning my daughter and I sing and dance along with DJ Lance and all his weird little friends. Except for one day last week when I had a bone to pick with DJ Lance and the Yo Gabba Gabba team. As Foofa, the character described as a pink flower bubble and the character with the obviously female gender expression, began to sing a song about being nice, my floor dancing slowed, my clapping stopped. I love the show (and love how happy it makes my daughter), but being nice is a message I don't want my daughter to learn.

I looked over at my daughter, 1 year old and bum-dancing along oblivious, and thought about what that message might mean to her, one day. I thought about how, as a woman, I have been told to be nice — in some form or another — my entire life. And while I appreciate the sentiment that DJ Lance and Foofa were trying to impart, I decided then and there that I will never ask my daughter to be nice because I've been told to be nice my whole life and it hasn't done me much good, and frankly, I'm sick of it.

Don't worry; my daughter (hopefully) won't be the jerk on the playground who pushes other kids. She won't be taught to think or believe that she's better than everyone else, that she is perfect, or that she's someone who can do no wrong. To me, there is a distinct difference between being kind and being nice and I plan on teaching my daughter what it means to be kind. I'll teach her to be generous, considerate, and to treat others the way she wants to be treated. But when I think of the word nice, when I think of its meanings and connotations, when I think of the context in which I was told to be nice as a little girl, and then a young woman, I don't think I was being told to be nice. I was told to be agreeable. I was told to keep my mouth closed and my opinions to myself. And I will never, ever, teach my daughter to be that.

I can't remember a time when I haven't been told, either explicitly or implicitly, to "be nice." Because isn't that exactly what little girls are made of? Sugar and spice and everything nice? When I look back and recall those moments, I don't feel as if I was being generous or considerate. Those moments didn't make me feel like I was doing something good. In fact, I can't remember many times when I was nice and it worked out well for me. Being nice made me a push over. It left me vulnerable.

I can't believe I have to say this, because it's been said so many times before, but instead of teaching my daughter to be nice, how about we teach our sons not to rape and murder our daughters?

There are two reasons that women are told to be nice: The first is because being nice is the only thing that will keep her alive or keep her from harm, and the second is because being nice is what women do. We are nice, we are agreeable; we don't rock boats or make noise. Being told to be nice is the same as being told to not be bossy. It's the same as being told to "Smile more, honey." It's even the same as being called a bitch or a slut or a whore. Because in the end, these are all words that carve us into round pegs to fit into the world's round holes. These are words that tell us to remember our place.

But here's the thing. As many women, or their families, can attest, being nice doesn't necessarily protect us from harm. Being nice doesn't stop us from being raped and assaulted and murdered. And I can't believe I have to say this, because it's been said so many times before, but instead of teaching my daughter to be nice, how about we teach our sons not to rape and murder our daughters? 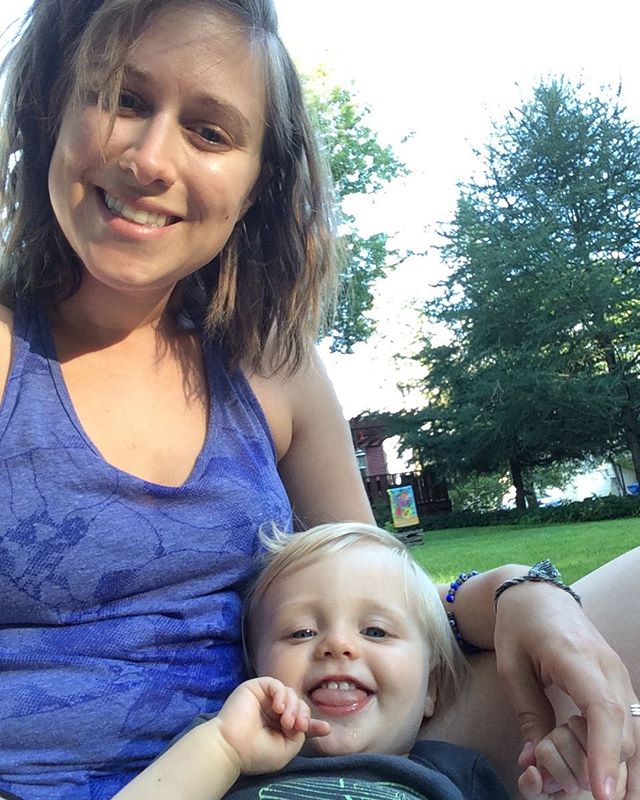 More Like This
What I Want To Tell My Kids About Anxiety When The World Feels Unsafe
Abbot's Formula-Producing Plant Can Reopen In As Early As 2 Weeks — Now What?
Can You Help Your Baby’s Hair Grow?
17 Best Potty Training Products For Toddlers