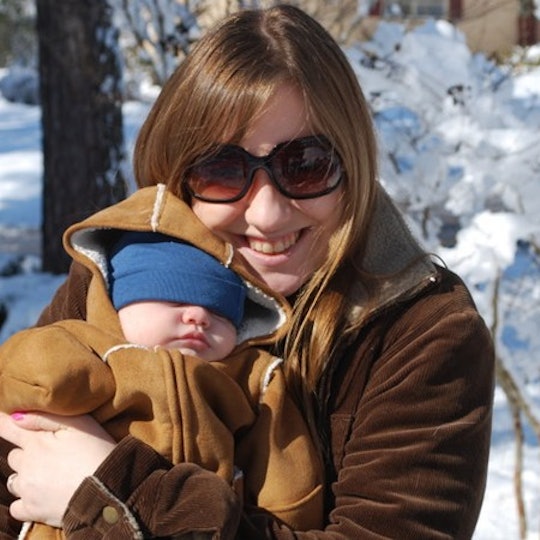 I’ve had three births. My second baby's birth was a precipitous labor. The other two took three days for my first son, and 24 hours for my third. My babies didn’t want to come out, as we say, or rather, my body didn’t want to let them out. So my doctor, who’s about as pro-woman and pro-natural birth as you can get, gave me Pitocin to help speed things along. And looking back on each of my deliveries, I'm so glad I used Pitocin.

I’ve always been terrified of having a caesarian section. That stems largely from the fact that I’m afraid to get major surgery and have my stomach cut upon. I know the rate of complications for c-section deliveries is low, but it frightens me nonetheless. I also wanted to birth my baby and have him put immediately up on my belly, where he could breastfeed at his own pace. Other than my OB, I always want to be the first person in the room to hold him. And in a c-section, that’s not always the case. I worried that my husband would hold the baby while they stitched me up, and I wouldn’t be able to breastfeed for some time afterwards. I feared that I’d miss the early bonding with my baby. Moreover, I worried about recovery — and I especially worried about that with my third baby. I had two other kids at home who needed my attention — and the restrictions for c-section patients seem impossible: no lifting anything heavier than your baby (I had toddlers), and no driving for two weeks. My husband was going back to work at two weeks postpartum. I’d still be recovering from major surgery then, and we needed to be able to get out and get around.

One of the reasons I feel that I got good medical care is that I had input into what happened to me every step of the way.

But getting Pitocin during labor helped make sure I didn’t have a c-section. As it was with my oldest son, I was very, very close to having a c-section. The head resident had ordered my doc (another resident) to prep me for surgery, but I simply refused. My youngest son was an induction, which upped my chances of c-section anyway. A day and a half after I’d gotten Cervidil to ripen my cervix, he hadn’t moved. But the Pitocin gave my contractions the strength to get him going down the birth canal. Pitocin also didn’t hurt me, and from the heart monitor, didn’t hurt my baby, either. He showed no more stress on it than he did during a normal contraction. I'd had an epidural by the time they gave me Pitocin, both times, so I missed the dreaded Pitocin-induced contractions women talk about: stronger, more intense, more powerful. If I’d have been wedded to an unmedicated birth, my feelings on Pitocin would probably be very different.

I didn’t experience any of the risks associated with Pitocin, either. My uterus wasn’t overstimulated — it was under-stimulated to begin with, so having the Pitocin brought it up to where it needed to be. I had no infection or uterine rupture, which could only happen on a high dose. I started on a very low dose and only went up when it became clear it wasn’t working. With my oldest son, we did max out the dose, but with my youngest, the dosage stayed around mid-range. And as I said, there were no ill effects on the baby: no fetal distress (none of my babies lost their meconium in utero), no drop in fetal heart rate, and no fetal death. Some unmedicated, "natural" childbirth advocates would simply say I got lucky. I’d say I got good medical care.

Because I felt informed, because I felt like I had a voice, I was OK with receiving Pitocin. In fact, I chose it.

One of the reasons I feel that I got good medical care is that I had input into what happened to me every step of the way. My doctor cared about my opinions and about the way I wanted to give birth. Any change in my plans, she clued me into. Dr. E asked me, each time, if I wanted to start Pitocin. I asked her what she would do in my situation and each time, she said she would start Pitocin and explained why. In both cases, my babies weren’t moving down quickly enough, and needed a boost to come out — or I’d be on the fast track to a c-section. She explained that without Pitocin, the baby might be in there too long and go into distress, or that he simply wouldn’t move, necessitating a section. Because I felt informed, because I felt like I had a voice, I was OK with receiving Pitocin. In fact, I chose it.

Pitocin helped me to have my babies vaginally by buying me time to labor on my own and let my body do what I knew it could. I’m really glad my doctor had it as an option and explained to me why Pitocin was a good idea for me at that point in my birth. If I'd had to feel the Pitocin-inspired contractions so many others dread, I might think differently. But it didn’t, and I had my babies with no ill effects. Pitocin rocked. I’d use it again.

More Like This
10 Moms On Why They Exercise
What Foods Fight Nausea During Pregnancy?
OB-GYNs Explain The Connection Between Stress & Miscarriage
Diastasis Recti Exercises You Can Do At Home To Heal Your Abdomen
What Parents Are Talking About — Delivered Straight To Your Inbox