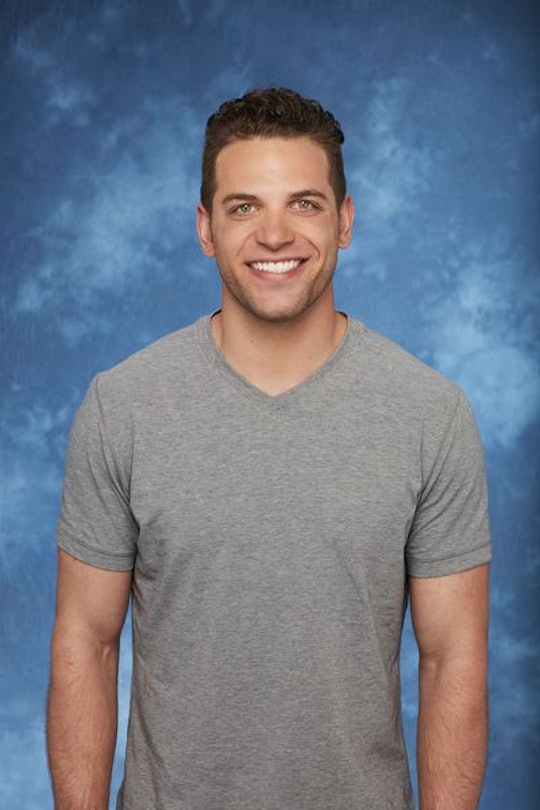 Adam Made A Major Slip Up On 'Bachelor In Paradise'

So Bachelor in Paradise is in full swing, and there are a lot of contestants. So it can be difficult to keep everyone straight. I get it. But you should probably remember the name of the girl you're on a date with. So when Adam called Sarah Rachel on Bachelor in Paradise, fans weren't going to let him get away with it. I understand that it's confusing, but just try to remember this one name, ya know? And maybe not the name of your most recent ex?

Several people referred to the infamous episode of Friends where Ross is about to marry Emily but instead says Rachel's name. I mean, do I need to spell out the comparison? Other people were just shocked and, let's face it, highly amused.

The irony, of course, is that Adam was one of the most forgettable contestants on Rachel's season of The Bachelorette. You probably remember him as the guy with the doll named Adam Jr. that he carried around with him. The doll was just creepy enough to keep Adam in the running far longer than anyone really cared to see him. By the time he left, most people were just wondering how in the world he managed to stay in the competition that long.

Now, however, Adam appears to be a hot commodity in Paradise. He first was spending a lot of time with Raven. But when Sarah appeared, she gave him the date card and the two hit it off. Really, I think Adam is just here to enjoy the experience. After that little slip-up, is he really going to get engaged to Sarah after just a few weeks? Anything is possible, but if I'm being honest, I doubt it.