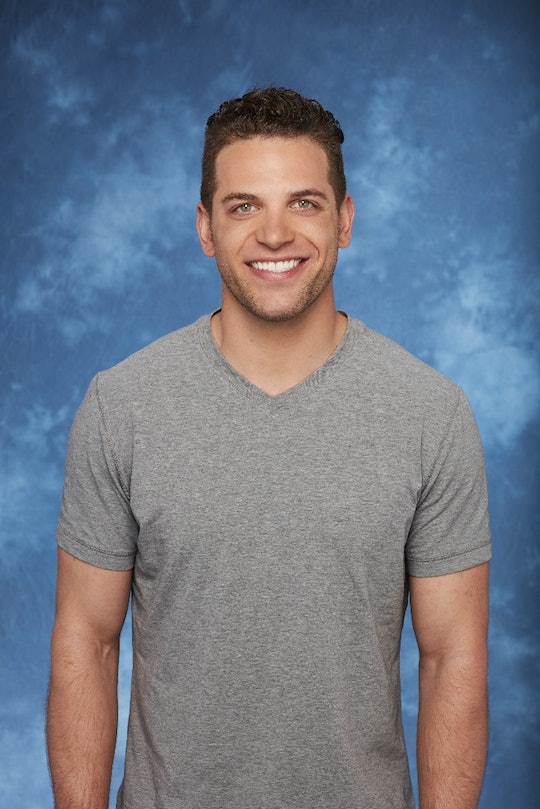 Adam Brought A Surprise Guest To 'The Bachelorette'

On every The Bachelor or The Bachelorette season, there's at least one contestant whose eccentricity gets people talking. At first, I was sure that Lucas Yancey ("Whaboom" guy) would be the obvious pick that everybody would either love, hate, or love to hate. But just one episode into the new season and someone else is getting a lot of talk too — AJ. You might be thinking "Hey, there isn't a contestant named AJ this season," and that'd be correct. AJ is actually a doll brought along by one of the contestants, and Adam Jr. memes and tweets on The Bachelorette have proven that Adam has definitely set himself apart as a memorable suitor.

Adam's fellow contestants were more than a little weirded out by the little doll he brought along with him, even noting that he looked a bit like Michael Myers. The real estate agent introduced his doll as Adam Jr. ("AJ") to Rachel, who was also visibly creeped out by him. For what it's worth, viewers on Twitter seem set to either miss creepy little AJ or be as eager as Rachel to see the doll (who looks like he's straight out of The Boy) go.

Some fans are even mentally preparing themselves for seemingly inevitable horror movie scenarios if Adam's little "friend" does stick around for a while this season.

And those were only the reactions viewers had when Adam Jr. first showed up on the scene. Once the producers gave the doll a little persona of his own (a whole segment and even a confessional!), Twitter went off over the French-speaking, champagne-swilling doll and his tortured segment of being "rejected" by a creeped out Rachel.

Viewers were particularly amused by the fact that Adam Jr., with what appears to be his own little custom suit, was sitting there, champagne in hand, and sprawled out "watching" Rachel chat with the other contestants.

Basically, it's clear that The Bachelorette producers had a ton of fun editing together this Adam Jr. segment. It would have been even better if Rachel had picked Adam Jr. for the first impression rose. And by "better" I mean "ridiculous and hilarious."

I mean, clearly Adam Jr., at least, thought there was a connection between them.

Now, it just remains to be seen whether Adam (and by extension Adam Jr.) will make it past the first night in the Bachelorette Mansion. Who knows? Maybe he'll be this season's Raquel. Except, y'know, a doll and not an actual human person.