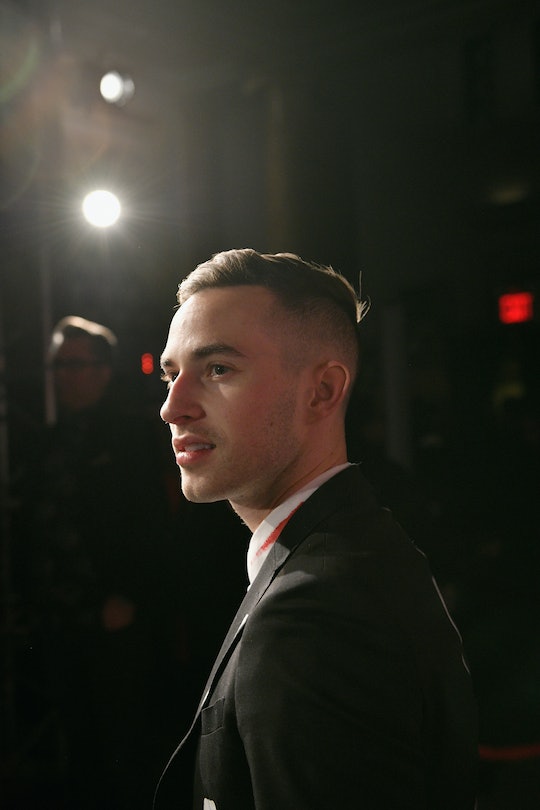 Adam Rippon Isn't A Mom, But He Has Thoughts About Motherhood

Adam Rippon followed in his mom's footsteps. Kelly Rippon used to take wee Adam to the ice rink when she skated, and he was the only one of six children to take to the sport. He was properly skating at 10, and by 13, he was landing triple jumps, as a 2007 Skate Today article reported ("One of his interests is the Internet and he has a web page at http://www.figureskatersonline.com/adamrippon").

Today, he is an international superstar who has competed in multiple Olympic Games (the U.S. won the bronze team figure-skating medal in 2018, notably making him the first openly gay U.S. athlete to medal in an Olympics). The same year, he was winner of Dancing With The Stars (an equal achievement), and this year he became the star of his own YouTube series, Breaking The Ice. He is 29, fresh-faced, sharp on fashion, and he is talking to a room full of moms.

"I know what you're thinking: what are you doing here?" Rippon asks a crowd of hundreds of self-identifying moms. "I don't f*cking know!" he says. "Same!"

He is wearing a sparkly suit on a stage in Austin, Texas, as host of the "Oscar's" of parenting, the 2019 Iris Awards. In the audience are all your favorite parenting bloggers: @mommyshorts, @thats_inappropriate, @natashanicholes (who cleaned up on gongs at the awards). They all share a commitment to creating something meaningful out of the chaos of parenting; to celebrating their hard-won children. Rippon shares... unclear.

From there, the night becomes fan worship of Kelly Rippon, Adam's sometimes red-carpet guest and all-times quality Instagrammer. "My mom loves a lot of mom blogs, and she loves to follow so many of you who are here tonight, and my mom said, Make sure you drop my Instagram handle!"

As Adam Rippon performs his duties as emcee ("You know, we are in Texas, and maybe it was promised, [that] there would be a mechanical bull here" says Rippon from under a cowboy hat), guests in their chairs begin to message Kelly on Instagram.

And to hear back.

Rippon may not be a parent, or have children, or know how to use a Nose Frida, or have ever pulled a Kinder Surprise toy out of a toddler's mouth, but his admiration for the people in the room was obvious as he took in acceptance speech after acceptance speech, returning to the stage a little bit moved in his sparkly emcee attire.

"My favorite part of this event is listening to the acceptance speeches, and I, too, don't know if i'm going to cry or throw up," he said, comparing the ballgowns to figure skating attire.

"Your mom is talking to us on Instagram!" yelled the crowd.

It's a good year for skating, between Rippon's new YouTube show, and Jonathan Van Ness' Instagram account, and perhaps that is the lifeblood Rippon shares with a room full of parents: the ability to make something beautiful while teetering on the edge, at speed.

"I think all of you should be really, really proud of yourself," Rippon says to a swell of applause, "and no clapping for yourselves."