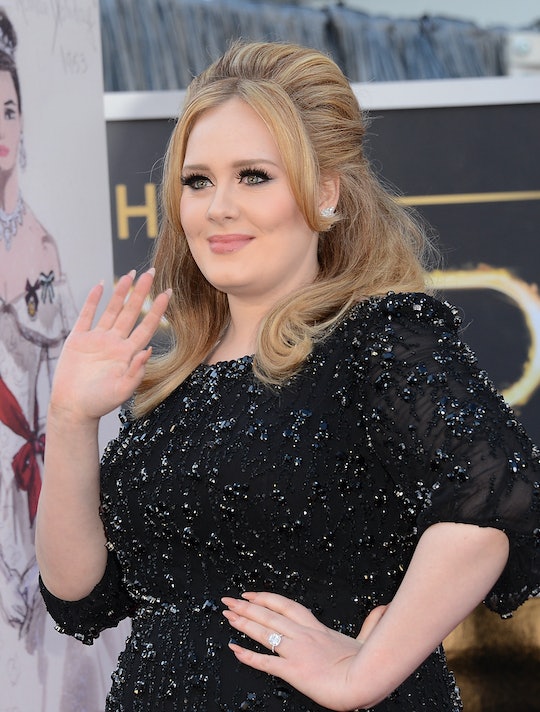 Adele fans, rejoice! On Thursday, Adele announced her first tour in four years to promote 25. The 27-year-old made the announcement in a Twitter video posted to her account, where she stood beside a map of Europe. "I have been bluffing this whole time," Adele said, "and I am so relieved to finally tell you that I am, of course, coming on tour." The announcement has, of course, already garnered over 5,000 re-tweets and nearly 10,000 likes.

So far, she has only announced dates in Europe, but more locations are expected soon. The tour will begin in Belfast in February 2016, and includes locations in the UK, Ireland, Sweden, Norway, Denmark, Germany, Portugal, Spain, Italy, the Netherlands, France, and Belgium. The last show announced so far is in Antwerp on June 13th, leading to rumors that she may be performing at Glastonbury afterwards. Previously, she's avoided performing at the major festival due to a fear of crowds.

25 has already broken several records. It hasn't been out for a full week, yet has already stolen *NSYNC's previously record-holding sales for the 2000 release of No Strings Attached. Industry forecasters told Billboard that they expect sales of 2.9 million by the end of the week.

Tickets go on sale for the UK on December 1st, while the rest of EU gets access on the 2nd. I'm sure the tickets will sell just as quickly as the album has. They're available at www.live.adele.com.