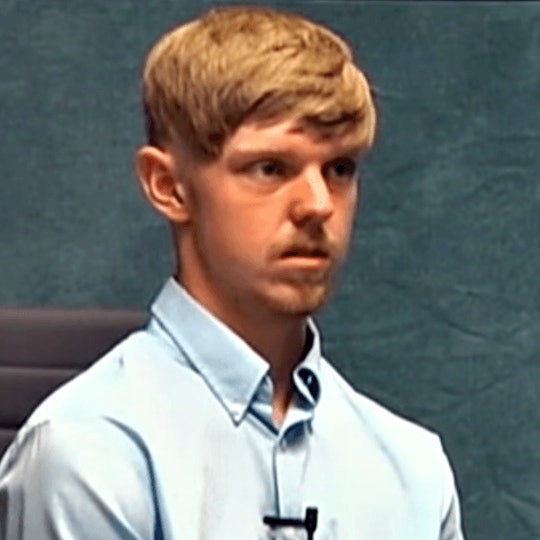 "Affluenza Teen" Ethan Couch Is Missing, Along With His Mom, & The U.S. Marshals Are Offering A Big Reward

Looks like teenager Ethan Couch has been hit with another bout of affluenza: On Wednesday, a warrant was issued for Couch when his probation officer couldn't reach him. Since then, news has broken that not only is Ethan Couch missing, but so is his mother, Tanya. Couch, an 18-year old high school student in Ft. Worth, Texas, was arrested in June 2013 at the age of 16 in connection with the deaths of four pedestrians after a horrific car accident, caused by a drunk Couch at the wheel. He was three times the legal limit. The accident not only caused the deaths of four people, he injured two more. Couch's blood-alcohol content was three times the legal limit at the time of the accident.

Couch's case gained national attention when he received just 10 years' probation, due to a highly controversial testimony from psychologist G. Dick Miller who claimed that Couch suffered from "affluenza" — a condition that Miller claimed prevented Couch from connecting his actions to real-world consequences because Couch's parents taught him money can buy him privilege. It's important to note that affluenza is not recognized by the American Psychiatric Association as an official diagnosis.

His parents are no strangers to the law, either: Tanya and Fred Couch share nearly 20 traffic violations between them. According to authorities, Ethan and his mother Tonya are on the lam and have not been seen or heard from since early December. On Friday, the U.S. Marshals Service released a Wanted poster for the "affluenza teen," offering $5,000 for Couch's return:

On Dec. 2, video surfaced of Couch possibly violating his probation terms. The video, posted to Twitter, shows Couch allegedly playing along in a raucous game of beer pong. According to the terms of his probation, Couch is not allowed to be out-of-touch from his probation officer.

Officials have expressed concerns that the Couches may have fled the country, given their wealth. Tarrant County Sheriff Dee Anderson has vowed not to let a little thing like "affluenza" come in the way of their search for Couch and his mother, saying,

If you've ever watched an episode of the FX drama Justified, it's probably in Couch's best interest to surrender now before U.S. Marshals get to him first.

Couch's story even earned him an episode of 20/20:

As of Dec. 19, the manhunt for Couch and his mom continues. Anderson fears:

They have the money. They have the ability to disappear, and I'm fearing that they have gone a long way and may even be out of the country.