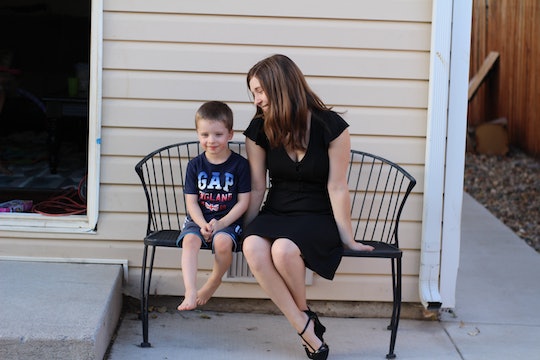 Why I'm Keeping My Son In His Charter School

For the past two years, my son has attended a charter school — an experience I’m still on the fence about. Ever since sending him on his first day I’ve been going back and forth, weighing the pros and cons over whether or not to keep him at his current charter school or move him into the public school near our house. There are many factors to the debate in my mind: familiarity versus the unknown, large class sizes versus a mixed-age classroom, a commute across town or walking to school, traditional learning versus more experimental. I wonder what learning environment will benefit him most. What will give him the greatest advantage in both his personal and academic life? What is best for him? The answers to those questions are hard to answer with certainty. It was a hard choice to make, that is, until Betsy DeVos became Secretary of Education.

I was leaning toward public school, wanting him to make friends with neighborhood kids and cut out the long commute to his charter school, but as DeVos’ nomination hung in the air, I held off on a final decision. I knew her stance favored charter schools. I knew it would attempt to dismantle traditional public schooling. Despite my worries about my son’s charter school — from a serious lacking in communication to worries that transitioning to a traditional school might be difficult later on — there was no doubt in my mind I would keep him there from the moment DeVos’ appointment became finalized.

I already feel shaky about my son’s education considering I live in Nevada, a state which consistently ranks dead last in education year after year. I live in a district where the superintendent makes a salary of over 300K a year while my friends who are teachers in her public schools buy supplies with money from their own pockets. I live in an area where the school system is undeniably broken. Yet now that DeVos is in charge, I am somehow scared it might get even worse. To be honest, I’m not sure how it can get worse, at least in my state, but she seems pretty dead set on dismantling public education through school choice, so I wouldn’t be surprised to see us plummet deeper into despair.

Public schools will need more involved parents to advocate for their kids in the wake of this new administration choice. But if I’m honest with myself, I’m not going to be that parent. I never will be.

My one glimmer of hope is that she, as an advocate for charter schools, will help give my kid a leg up if I keep him put, so that’s exactly what I intend to do. Even if I’m not sure it’s the right thing to do, it’s the best choice I feel I can make as a parent. I don’t want to put my kid at a disadvantage by moving him to a public school just as the system is crumbling. I don’t want to chance his education when he already seems to be adjusting to his current school fairly well.

Even though some think it's a "duty" to put or keep our kids in public education and make the system stronger in spite of DeVos, my kid is never going to be a pawn I'm willing play for the "greater good."

I also don’t want public schools to fall by the wayside as parents like me jump ship. Public schools will need more involved parents to advocate for their kids in the wake of this new administration choice. But if I’m honest with myself, I’m not going to be that parent. I never will be.

Even though some think it's a "duty" to put or keep our kids in public education and make the system stronger in spite of DeVos, my kid is never going to be a pawn I'm willing play for the "greater good." I decided to keep him in his charter school because I want to give him every possible advantage, and I understand full well what a privilege it is to be in a position to make that choice for my child and his future. I want to make the best decisions for him when I have to make a tough call. I want to make the choice that will be most advantageous in a really crappy situation. It doesn’t really matter if it’s the right thing to do in the grand scheme of things, because it’s the right thing for me to do as a mother. I won’t put my kids in public school as a stand against Betsy DeVos. I won’t fight the system when they are on the line.

But I will always put my kids first. Always.