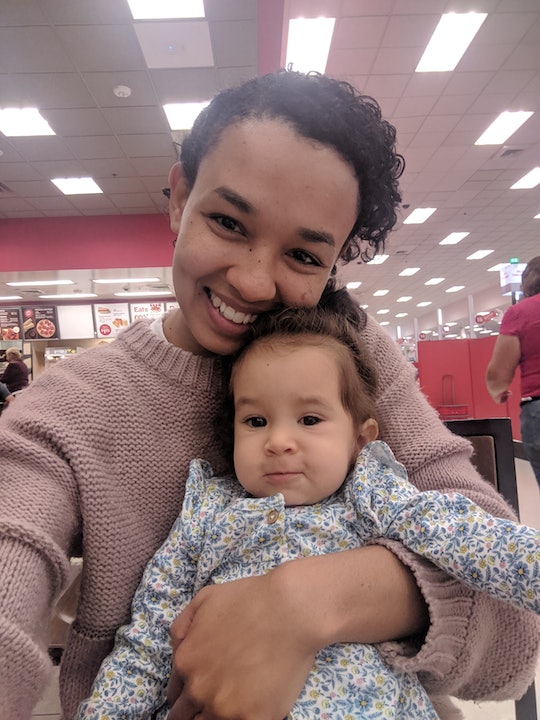 After My Postpartum Depression Went, I Was Left With Guilt

After a diagnosis and then nine months of therapy for postpartum depression and postpartum anxiety, I was given a thorough questionnaire to evaluate my progress.

The scale that my maternal mental health specialist uses would be confusing, so for the sake of simplification I’ll describe it like this: my mental health went from a D- to a solid A-. Technically speaking, I no longer have postpartum depression and anxiety.

I felt relieved… at first.

While I was grateful that scary, intrusive thoughts, self-loathing, hopelessness, and suicidal thoughts were no longer a part of my life, I still felt very unhappy being a stay-at-home-mom.

That question kept coming up, but I didn’t want to think about it. I continued to dismiss my unhappiness day after day blaming it on other things and other events.

But it persisted until the sadness turned into major irritability, mood swings, inability to fall asleep or stay asleep, and a whole slew of other symptoms.

I was so confused. I don’t have postpartum depression and anxiety anymore. What’s going on with me? I wondered.

How can I still not be happy as a stay-at-home-mom if I no longer have PPD and PPA?

Up until I got the “all clear” from my therapist that I no longer have PPD and PPA, I would openly share with people that I was struggling in motherhood, but I was always able to say I was struggling solely because of PPD and PPA. But now without that diagnosis, and still feeling really lost, confused and torn, I started to feel really broken — wondering, What’s wrong with me? How can I still not be happy as a stay-at-home-mom if I no longer have PPD and PPA?

I knew why. I just didn’t want to admit it to myself.

After two weeks of dancing around my feelings and trying to find other reasons for them, I finally admitted to myself what my intuition had been telling me for the past four months. I don’t like being a stay-at-home-mom. I don’t enjoy it. I don’t like the job of parenting, and because I don’t like it, I thought that made me ill or broken in some way.

Growing up in a traditional, Catholic household and seeing my mom stay home for 20+ years and have 11 children, I learned through example and being told that a good Catholic woman stays at home with her kids.

Even though I was told that was the virtuous thing to do, I saw my mom struggle and suffer so much — mood swings, depression, constant irritability, anxiety. It wasn’t until I was in high school that my mom started to work out of the home part time. She started a non-profit to help parents with mentally disabled kids to receive support. Two of my brothers are on the Autism spectrum, so this cause was close to her heart.

When my mom stopped trying to homeschool and stay at home full time, and let most of us kids go to school, she started to change for the better. She became more confident. She became easier to talk to. She started to be calmer and happier.

Maybe she stayed at home because she thought that was best for us, but my guess for why she suffered and struggled for as long as she did (and why I have been staying at home for as long as I have) is because that is what we’ve been taught to do. We were taught that not staying at home to tend to our children constantly was the selfish thing to do.

I don’t blame my mom because I think she was trying to do what most of us do — avoid shame and judgement so that we’re not alienated from the communities we belong to.

For my mom, it was the traditional Catholic and homeschooling communities.

Here’s the thing, I’m not hating on anyone who decides that homeschooling, Catholicism, or being a stay-at-home-mom is their path. What I’m hating on is how so many people, women included, impose on other women how they’re supposed to live. It’s like there’s only one good way to mother and everything else falls in the “not good enough” category.

No wonder why so many moms are struggling with so much guilt and shame!

For the longest time, I had the expectation that I was going to give birth and the fairy godmother of hormones was going to descend upon me.

Motherhood may be a universal role that billions of women step into, but taking on that role should not mean that your gifts, skills, and desires need to be thrown away or put on hold for a decade because the old lady at church told you that “this season with little kids is so short and so precious.”

Look, this season of having little kids may be short and precious, but that’s the reason I want to go back to work. I want my kids to have a happy and fulfilled mom. There’s no guarantee that I’ll live to 30, let alone 90.

I don’t want to stay home out of obligation, or fear of shame or judgement. My kids and I deserve better than that. I want the time that we do have together to be characterized by happiness and fulfillment, not exhaustion and frustration because I’m forcing myself to take on a role that is not meant for me right now.

For the longest time, I had the expectation that I was going to give birth and the fairy godmother of hormones was going to descend upon me, and I was going to feel tethered to my kids and never want to leave their sides.

Isn't that what all the Instagram moms are saying with their breathtaking postpartum photos and sleeping babes swaddled in muslin? This motherhood bliss mentality is communicated to us all the time through the media. It’s no wonder so many of us think we just didn’t get the “mom gene.”

Seriously, for two years I felt this pressure to be 100% hands-on with everything as a stay-at-home-mom. There’s this attitude in our society of, “You’re a stay-at-home-mom, what else are you going to do with your time other than bake organic crackers from scratch and make sensory bins for your kids?”

I’ve been a mom for three years now, and I’m certain of one thing: there should be as many versions of motherhood and fatherhood as there are versions of people who have children. In other words: infinite.

Motherhood is not this one-size-fits-all box that we’re all supposed to step into once the baby comes out of you.

Yes, taking on this new role has changed me. I’ve never been so strong, self-aware, and self-compassionate in my life! My heart has grown in ways I didn’t know was possible.

But, I’m still Mia. I still have big dreams. I still love doing creative and intellectually stimulating work outside of my home.

Turns out I’m not the only mom who has passions outside of her children. There’s a whole bunch of incredible women in history who were mothers while also doing incredible things. Think of Marie Curie, who was the first woman to earn a Nobel Peace Prize, and whose daughter and son-in-law went on to do the same. Think of Irena Sendler who saved 2,500 Jewish children during the Holocaust, and J.K. Rowling who wrote the first Harry Potter book as an unemployed single mom. The list goes on.

While there are many working mothers in history that we can look up to, I want to point out one important thing: these women who decided to live unconventionally and improve their communities by being good mothers and by working outside of the home was not well-received. They were not popular.

This fact alone is so encouraging to me. It helps me reframe the side-eye and judgmental comments I’m bound to receive at the family Christmas party this year because I know that the judgement means I’m following in the footsteps of some amazing women by being who I am and by answering the other calls on my heart.

But hold on. There’s something else that needs to be addressed...

Another thing I’ve encountered is other moms saying that I should count myself lucky that I get to stay home because my husband’s income is enough to cover our bills.

This added a whole other layer of guilt on me even thinking about getting a job or starting to freelance again. How dare I? I’m one of the lucky ones! I get to stay home!

But now I see this comment for what it is — a judgement that I’m selfish or ungrateful for my privilege of being able to stay at home.

In Brené Brown’s book Braving the Wilderness, she talks about the stark contrast of people’s hard lives in comparison to all the comforts in her own. Brown says that feeling guilt and shame for having what others don’t is unproductive and unhealthy. She teaches that it’s better to feel gratitude for the privileges you have, and then do something with them because your guilt doesn’t change another person’s unfortunate situation.

If I give into this guilt — if I continue staying at home full time with my kids when I know in my gut that that is not what I’m meant to do — then I would be making a decision out of obligation, and fear of judgement, guilt, and shame.

Obligation, guilt, and shame are not emotions that I want to pass onto my kids. I want my kids to learn from my example to make decisions out of a love of someone or something, not out of a fear of disappointing people.

As much as I tried to suppress my feelings and even told myself for a while that I’m selfish and ungrateful for wanting to go back to work, I had the realization that my unhappiness at home is a sign that I need to listen to my intuition and change something, and that’s OK.

Too often we demonize feelings of sadness or unease. We jump to conclusions like, “I’m sick. I’m broken. Something is wrong with me.”

I think it’s time for a shift. These feelings of sadness and unease are most likely your intuition, God, the Universe, or your heart, telling you that it’s time to do something different.

Maybe that change is getting a therapist; maybe it’s getting back to work that you love doing; maybe it’s meeting with other like-minded people so that you feel less alone in what you’re going through.

We all need to be on a journey of living in alignment with what matters to each of us individually, instead of making all our choices from a place of shame, guilt, and fear of judgement.

If you’re a mom who feels that what she’s supposed to do right now is stay home full time with your kids and homeschool, then that is amazing. I’m so happy that you’re living in alignment with your calling.

And if you’re like me, and what you’re supposed to do right now is to listen to that creative calling and go do work that lights your heart on fire, then that’s amazing too.

So, here I am, a mom who’s going to start doing work that lights me up because I want to, not because I have to.

Making this transition is not going to be without its bumps, mess, and side-eye from some people, but you know what? My happiness, my mental health, my dreams — they matter.

And yours matter too.