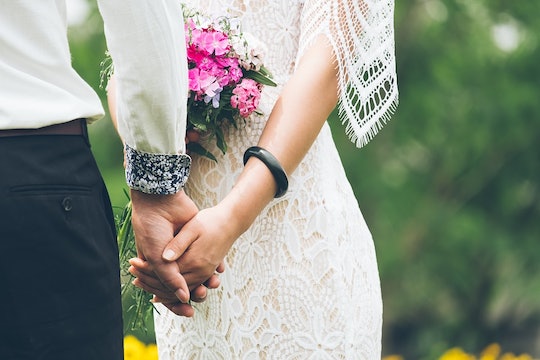 Marriage is hard. Oftentimes, the potential for marital dissatisfaction is enough to deter some people from the institution altogether. Fortunately, researchers are providing insight into what causes such unhappiness. A new study reports that age difference in partners may affect relationships over time — especially when the age difference is a large one. While I would be the last person to tell anyone who they should or should not marry, the more information that couples have, the better equipped they are to plan for — or prevent — future relationship problems.

The study — from the University of Colorado Boulder — found that both men and women are happiest when they have younger spouses, but that marital satisfaction tends to decline over time when there is a significant age gap between them.

A contributing factor to this unhappiness seems to be economic challenges. Partners with a larger age gap tend to suffer more when it comes to finances than couples who are closer in age. Previous studies have reported that financial issues are a leading cause of conflict in marriages, so the recent findings from the study are indeed in line with past research.

Investigators involved in this study, which was published online in the Journal of Population Economics, examined 13 years of data from 7,682 Australian households. After the initial survey, participants were re-surveyed annually to measure satisfaction with home life.

The findings were surprisingly similar in both men and women. According to Terra McKinnish, an economics professor at CU Boulder and one of the authors of the study:

McKinnish explained that the satisfaction felt early on in a marriage with a large age gap seems to dissipate rather quickly, usually after six to 10 years of marriage.

As for how finances come into play, McKinnish explained that the couple's capacity to respond to economic setbacks, such as loss of employment, is a key indicator of overall satisfaction:

We looked at how couples respond to negative shocks and in particular, if they have a major bad economic shock or worsening of their household finances. We find that when couples have a large age difference, that they tend to have a much larger decline in marital satisfaction when faced with an economic shock than couples that have a very small age difference.

There are a number of reasons why couples with a larger difference in ages could have more trouble overcoming these obstacles, but McKinnish proposes that similarly-aged couples may just be more "in sync" when it comes to making life decisions, such as having children or saving for retirement. This tendency to plan together would make them more prepared for hard times.

While these findings are certainly not enough to convince me that Blake Lively and Ryan Reynolds shouldn't be together (is 11 years really that much of a difference?), knowledge is power. By understanding the potential complications down the line, couples are more capable of conquering them.

More Like This
No Sex Drive? Here's Why & What Might Help
Turn Heads This Halloween With These Sexy Costumes
Sex And Mom Guilt: When I Date Someone New, Am I Cheating On My Kids?
Can You Have Sex With Placenta Previa? Experts Explain