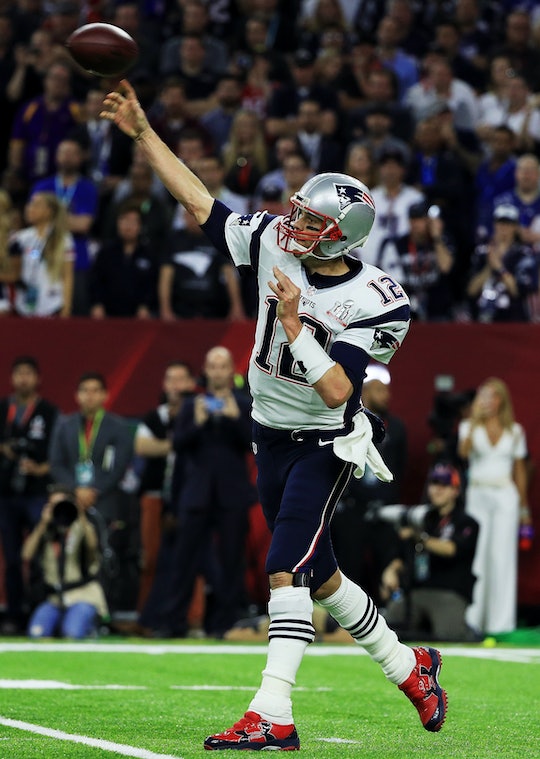 There's really nothing more quintessentially American than the Super Bowl, and the ads aired during the most watched sporting event of the year. And this year, brands are really driving home what exactly that means. Airbnb's #WeAccept Super Bowl ad was another inspiring spot that makes me proud to be an American again.

The ad started with close up of diverse faces, and text above them reading, "We believe that no matter who you are, who you love, or who you worship, we all belong." And then the waterworks arrives. In case you haven't been watching the news or have spent the past few months on Mars or something, last week President Donald Trump recently signed an executive order banning entry to the United States for people from a list of largely Muslim countries as well as all Syrian refugees, according CNN. Trump may have gotten support for this, and he may have won the presidency based on his abhorrent promises to do just this, but that does not mean that all Americans are on board with this. The fact that Airbnb is catering directly to those of us who believe in America's promise of inclusivity and diversity is a really, really good sign for the country in these troubling times.

Airbnb's ad ended with the hashtag #WeAccept, which immediately began a well-deserved trending stint on Twitter. Of course, not all of the reactions were positive, because unfortunately some Americans are clinging hard to their irrational fear of immigrants, Muslims, and non-white heterosexual people more generally.

While the number of people who seem to believe that multiculturalism is part of an evil liberal agenda to flood our nation with terrorists is certainly frightening and disheartening, it is truly heartwarming that most of the reactions to the ad have been positive. It's also helpful to remind people here that Trump lost the popular vote by several million votes. Some of the positive reactions include:

Basically the good news about all of this is that no matter how loudly bigots may bleat that #WeAccept and Coca-Cola and Google and Budweiser are all promoting "liberal propaganda" and trying to let terrorists into our country, they're not as loud as those of us applauding these companies, applauding multiculturalism, and upholding the very things that truly make our country great. People can boycott these companies all they want, but I know that I'm booking an Airbnb for my next vacation.