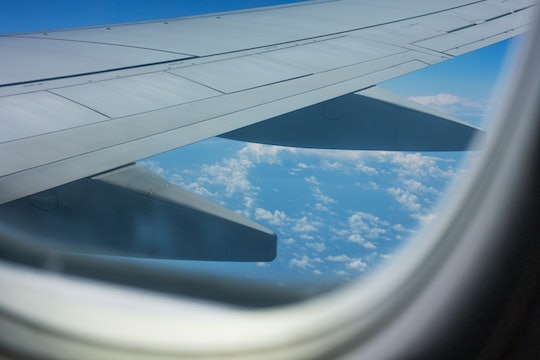 Although stories of limited legroom, baggage fees, and lengthy delays aren't uncommon among today's air travelers, recent reports claim a Hong Kong airline may have taken their demands of passengers to new heights. An airline reportedly had a woman take a pregnancy test to prove she wasn't pregnant before allowing her to board a flight to Saipan, a U.S. island located in the Pacific Ocean.

According to a recent report from The Wall Street Journal, Hong Kong Express Airways asked a Japanese woman traveling from Hong Kong to Saipan in November to prove she wasn't pregnant by submitting to a pregnancy test. The woman, 25-year-old Midori Nishida, was reportedly escorted by airline staff to a public restroom in order to complete the test, according to the publication.

The Northern Mariana Islands, of which Saipan is the largest, have long been a popular destination for pregnant Chinese women looking to give birth overseas. According to The Pacific Island Times, data from the Commonwealth Health Center shows that the number of tourists giving birth on the islands has steadily increased since 2009, when only eight births involving Chinese parents were recored. In 2012, 282 births involving Chinese parents were recorded. That number jumped to 314 in 2014 and then to 383 in 2016. In 2018, more tourists were reported to have given birth on the islands than residents, according to the International Business Times.

Nishida told The Wall Street Journal that prior to being asked to take a pregnancy test she'd filled in a questionnaire that included an inquiry regarding pregnancy, which she'd marked to indicate she was not pregnant. Airline staff reportedly weren't satisfied with Nishida's answers and asked her to authorize the airline to perform a "fit-to-fly" assessment test, which reportedly included a pregnancy test.

"It was very humiliating and frustrating," Nishida told The Wall Street Journal, noting that an authorization form for the assessment said it was "for women who were observed to have a body size or shape resembling a pregnant woman."

In a statement issued to Romper, and initially with The Wall Street Journal, Hong Kong Express Airways said it had established new practices after immigration authorities in Saipan raised concerns about birth tourism. "We would like to apologise unreservedly to anyone who has been affected by this. In response to concerns raised by authorities in Saipan, we took actions on flights to Saipan from February 2019 to help ensure U.S. immigration laws were not being undermined," the airline said. "Under our new management, we recognise the significant concerns this practice has caused. We have immediately suspended the practice while we review it. We’d like to apologise for the distress caused."

Part of the reason that birth tourism seems to have grown steadily in the Northern Mariana Islands is that Chinese citizens were previously able to stay for up to 45 days without a visa, according to USA Today. Last year, however, U.S. Customs and Border Protection dropped the length of a visa-less stay from 45 days to 14 days in what many viewed as an attempt to cut down on birth tourism. Under U.S. law, children born on the Northern Mariana Islands are eligible for U.S. citizenship due to the islands' status as a U.S. territory.

Editor's Note: This article has been updated to include a statement issued to Romper from Hong Kong Express Airways.