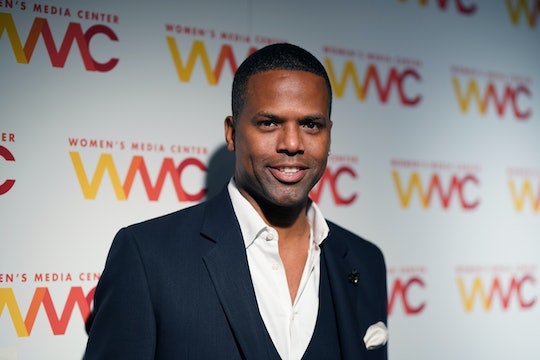 In recent years, a growing number of victims of sexual abuse have felt empowered by the #MeToo movement — and they aren't keeping quiet anymore. No matter an individual's political power. celebrity status, or wealth, once seemingly "untouchable" people are no longer immune to allegations of this nature. And it seems those who regularly tune into Extra for their latest celebrity gossip and entertainment news will notice one familiar face missing from their screens. That's because A.J. Calloway was suspended by Extra, pending a sexual misconduct investigation.

As Variety reported on Saturday, Feb. 9, Calloway — who has been working for the show since 2005 — has been suspended after several women have come forward alleging they have been victims of his sexual misconduct. “Upon becoming aware of allegations of sexual misconduct against AJ Calloway, we began an internal review to determine whether there had been any misconduct by Mr. Calloway on 'Extra' and whether any employee of the show had been the victim of any such misconduct,” producer Warner Bros. Television said in a statement, in reference to a 2006 arrest that recently came to light. “To date, we have found nothing to suggest that Mr. Calloway has ever engaged in workplace misconduct.” The statement continued:

In light of additional allegations brought to our attention, we are expanding our ongoing inquiries, and Mr. Calloway has been suspended pending further review. We take such allegations very seriously and are committed to doing everything we can to ensure a safe and inclusive workplace for all of our employees.

Although it's not 100-percent clear whether Calloway is on paid or unpaid leave, sources have told publications that he is currently suspended with pay, Deadline reported.

Calloway's 2006 arrest went down after domestic violence activist Sil Lai Abrams accused him of sexually assaulting her, The Daily Beast reported. (The charges were ultimately dismissed, according to the publication.) However, Abrams publicly came forward about the alleged assault back in June — naming Calloway in the process — while also accusing Russell Simmons of raping her in 1994. “I was disappointed to read the false allegations about me in The Hollywood Reporter," Calloway told The Hollywood Reporter when it first reported Abrams' allegations. "As I have maintained from the beginning, these allegations are not true. When I was first notified about these allegations by law enforcement more than a decade ago, I fully cooperated from the beginning and the case was dismissed.”

Then, in early January of this year, two more women came forward with sexual assault allegations. "Mr. Calloway maintains that these unsubstantiated allegations are patently false," Calloway's attorney, Lisa E. Davis, said in a statement to The Hollywood Reporter. "He vehemently denies that he ever assaulted anyone and looks forward to clearing his name."

Regardless of the outcome of this investigation, it's encouraging to me that Extra is taking the allegations seriously. In the meantime, it's safe to say A.J. Calloway won't be among Extra hosts interviewing celebrities on the red carpet ahead of the Grammy Awards on Sunday night.