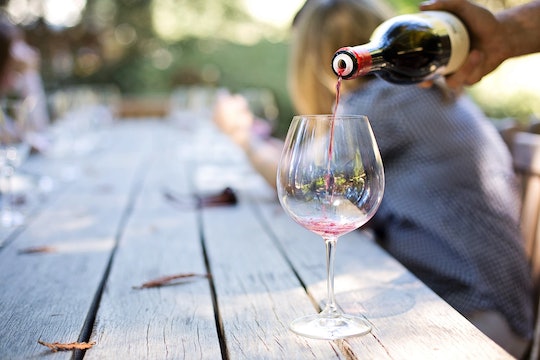 Most pregnant women know that drinking while pregnant can lead to serious consequences for their baby's health, but new evidence suggests that their grandchildren may also be at risk. A recent study appears to show that alcohol during pregnancy could have "transgenerational effects," meaning that it might impact not only the child who was actually exposed to alcohol, but also that child's descendants, for generations to come.

Previous studies have demonstrated the connection between prenatal ethanol exposure (PrEE) and neurological problems, but this study, led by University of California, Riverside psychology professor Kelly Huffman, sought to determine if those problems could then be inherited. PrEE was used to breed a generation of mice that exhibited "atypical gene expression, abnormal development of the neural network within the neocortex and behavioral deficits," the expected result. The second generation also showed characteristics of Fetal Alcohol Spectrum Disorders, which was no surprise, because the genetic material they're made from was exposed to alcohol when it was part of the first generation. But the third generation, which was never exposed to alcohol either directly or indirectly, still had significantly lower body weight and brain size compared to the control group, as well as "anxiety-like, depressive-like behaviors and sensory-motor deficits," according to Huffman.

Scientists can't actually study the effects of PrEE on humans, because exposing a human fetus to a potentially harmful substance is unethical. But according to Huffman, the brain pattern of a mouse is nearly identical to a human's, so they actually make a very good substitute. In an interview with Romper, she explains that her study results show evidence that PrEE causes something called "epigenetic modification." While nothing can change your gene sequence, the way that genes are programmed to be expressed can be changed. Think of it like a LEGO set. You have five red square bricks, three yellow rectangles, and so on. Those are your genes. You also have instruction books showing you how to build different things with those bricks, like a race car or a robot. With genes, that translates to a brain, an arm, or a toenail. Epigenetic modification is when those instructions get changed. In the case of PrEE, the instructions for the cerebral cortex can lose a page or two, so you have to guess, and the result comes out a little differently than it should have.

Huffman hopes that her work will eventually uncover a way to reverse the effects of PrEE. But until then, the best she can do is to increase awareness for prevention.

The Centers for Disease Control strongly caution against drinking during pregnancy, but many American doctors still tell their patients that a few drinks are probably fine. Huffman wishes more mothers wouldn't take that chance. Simply put, she says, "The only way we know that alcohol won't affect your baby is if you don't drink it." But that doesn't mean every generation is doomed if one of their ancestors had a couple of beers before she knew she was pregnant. Huffman stresses that even those with a history of Fetal Alcohol Spectrum Disorders shouldn't necessarily avoid having children. "The brain is very plastic, very adaptable," she explains, and milder symptoms of FASD can respond well to therapy. Best of all, we may now be one step closer to a cure.