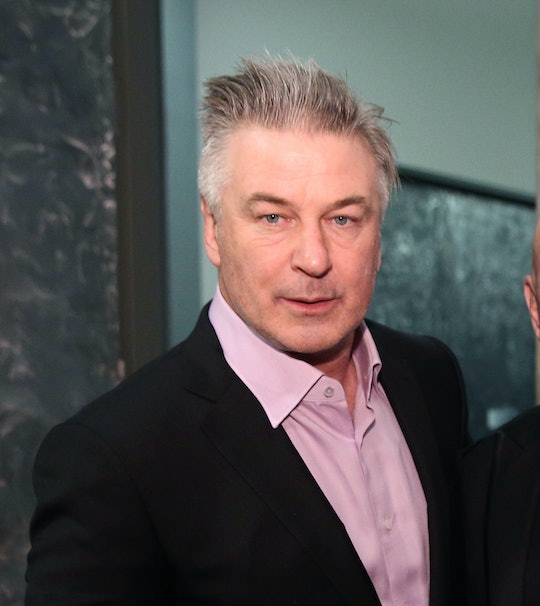 Anyone watching Saturday Night Live for a Donald Trump impersonation might be a bit sad this week. There was no impersonation of the president, really. Sure, Alec Baldwin did an impersonation early on, but it was a thow-away cold open. It wasn't until Alec Baldwin played Bill O'Reilly and Trump at the very same time that it felt like SNL was back again.

If you thought Baldwin was good at pretending to be Donald Trump, just wait until you see him as Fox News' Bill O'Reilly. It's sort of uncanny to see how much Baldwin can fully immerse himself into these SNL impersonations and his stint as O'Reilly was no exception. That alone would've been amusing enough for many fans to see him take on this new persona. But then he invited someone onto his show: a man who is "unimpeachable." Any guess to whom he was referring?

That's right — Baldwin played Trump and O'Reilly at the same time, which is hysterical for a few reasons, one of which being the fact that Baldwin was essentially having a full-on conversation with himself, which was pretty great, I must say. But Trump wasn't just visiting O'Reilly for the heck of it. He was there so Baldwin's O'Reilly could thank him for coming to his defense this week regarding the sexual harassment and assault allegations he's recently faced — something Trump himself is familiar with. And what evidence did he have to support O'Reilly and claim that he did nothing wrong? According to Baldwin's Trump, it was all based on a hunch.

It's uncanny how Baldwin can play them both at the same time. Could it be that there's not much difference between the two men? In fact, Baldwin's Trump even remarked that he sees a lot of himself in O'Reilly, which serves as a nod to them both being played by the same person and the fact that these two men have a lot of not-so-great things in common.

But even as amusing as the skit was, when you stop and think about it, the topic itself is pretty disturbing and all too real, which kinda takes away from the humor of it all — knowing that the real-life counterparts of these men have actual assault allegations againt them. So yea, Baldwin's Trump and O'Reilly sketch was cute. But until both men are held responsible for their actions, there's no way that any kind of impersonation (even from Alec Baldwin) can make it right.