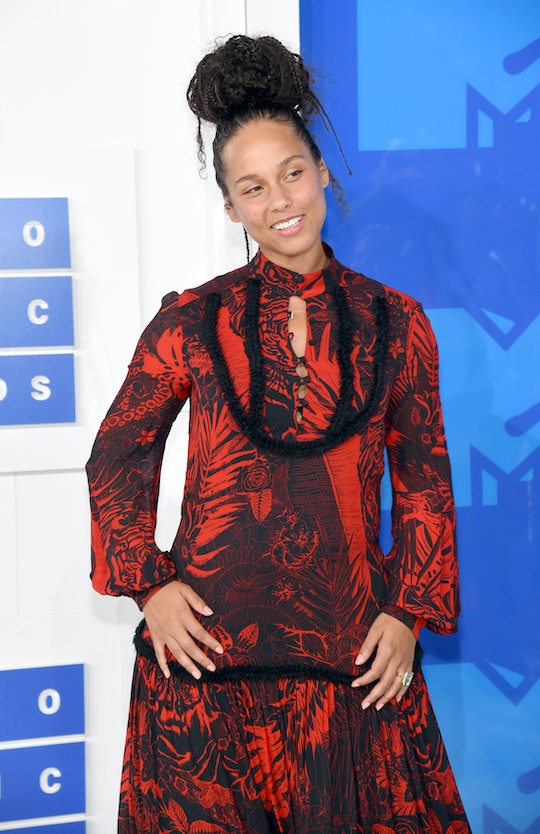 Alicia Keys Wears No Makeup To The VMAs, Reminding Us All That Natural Is Beautiful

The MTV Video Music Awards red carpet is arguably just as important as the award show itself, made obvious by the reactions to the artists, movie stars and other star-studded red carpet struts. Although there were plenty memorable moments, arguably one of the best was Alicia Keys wearing no makeup to the VMAs, a choice on par with her very public announcement to not wear any makeup during an public appearances.

Of course, this includes Keys' current appearance on the hit show The Voice, where she is a judge and coach. It's pretty unusual to see a celebrity sans makeup, especially on network television, yet Keys has a very good reason for why she's choosing to go "natural." By way of Lena Dunham's "Lenny Letter," Keys wrote a public declaration, if you will, sighting her reason why she'd rather go bare faced, even on national television:

Every time I left the house, I would be worried if I didn’t put on makeup: What if someone wanted a picture?? What if they POSTED it??? These were the insecure, superficial, but honest thoughts I was thinking. And all of it, one way or another, was based too much on what other people thought of me.

I found my way to meditation, and I started focusing on clarity and a deeper knowing of myself. I focused on cultivating strength and conviction and put a practice in place to learn more about the real me.

Although Keys was honest about being unsure with her decision, at first, she has since said going makeup-free has been "empowering." After arriving to a photo-shoot directly from the gym, her face "totally raw," the photographer said she could shoot her as she was and, well, that's exactly what happened.

The result were images that made Keys feel, "the strongest, most empowered, most free, and most honestly beautiful that I have ever felt,” and, of course, she has the photos to prove it.

It's no secret that the social beauty standards our culture holds women to are unforgiving, at best, so it's refreshing to see such a high-powered celebrity take their power back and decide, for themselves, what is and isn't beautiful. Although it could be easy for Keys to play along with the "status quo," she is doing what she feels is best for her and, in the process, setting a positive example for women across the country. You don't have to spend money on expensive makeup; you don't have to fit in; you don't have to look the way our society expects you to look. In the end, you just have to feel comfortable with yourself and, well, comfortable looks beautiful on Alicia Keys.